The British dealer of classic and exotic cars put up for sale an unusual modification of the Fiat 500. It is called Fiat 500 Jolly and is designed for summer holidays on the coast. This version produced by Fiat in the 1960s in small quantities: only a few hundred copies were made. The car on the photos is not the original one, but an exact copy.

The car was built in Italy, taking the original Fiat 500 of 1972 as the basis. The hatchback lost the doors and windows, getting chrome handrails instead. Even the front body pillars were trimmed, and the windshield got rid of the upper part of the metal trim. The roof is a fabric awning on supports.

Instead of traditional seats the wicker chairs are installed – thus it is possible to sit in the cabin of a convertible in wet beach clothes. The floor mats are made of rattan. The design of the car does not have seat belts or headrests.

The Fiat 500 Jolly is powered by a two-cylinder motor with a capacity of 0.5 liter, which develops 17 horsepower. The engine is accompanied by a four-speed manual gearbox. Dealer is ready to announce the price of unusual cabriolet only at the request of an interested buyer. Thus, the agency Hagerty notes that the cost of the original Jolly can reach 140 thousand dollars. 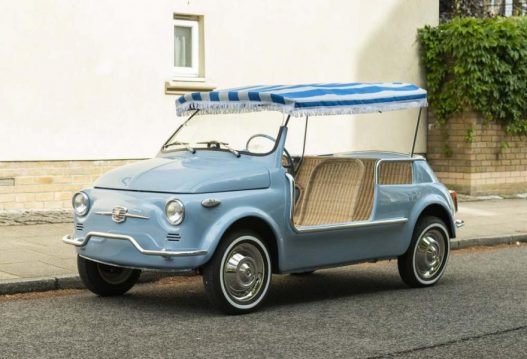 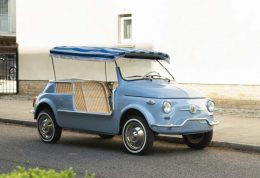 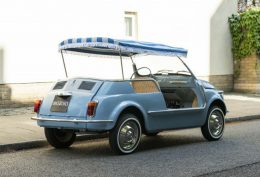 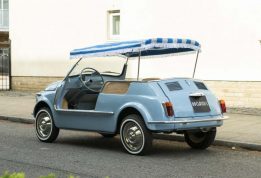 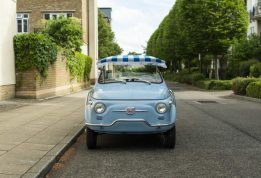 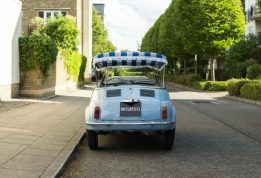 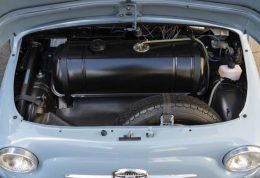 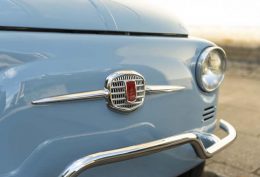 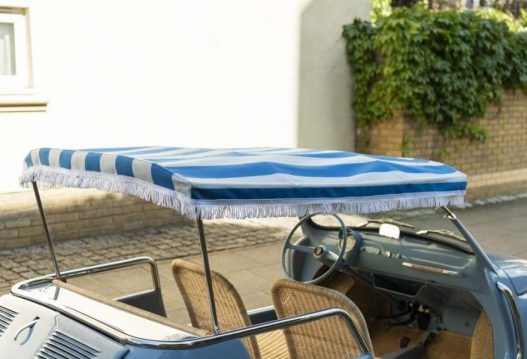 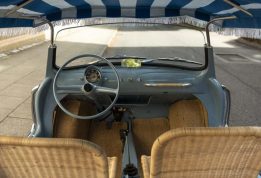 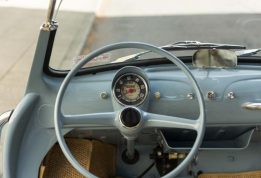 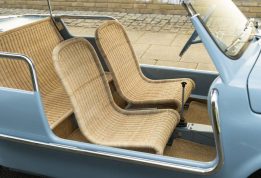 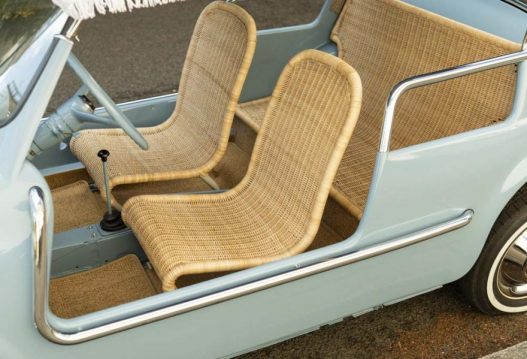 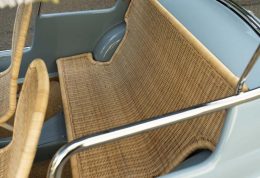 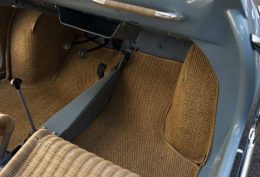 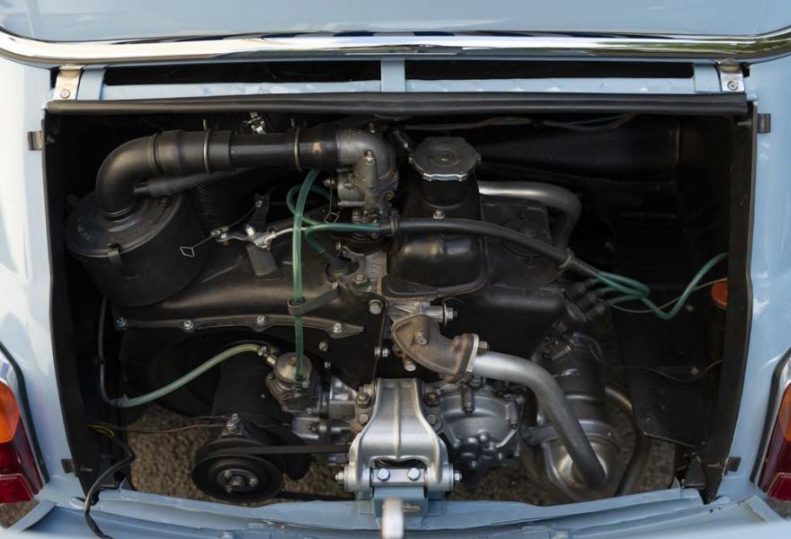