This very curious Microlino camper was created by Ozan Kayikci from Turkey. The designer has practically approached the use of the space of a two-seater microcar and equipped it with a kitchen and a sleeping place.

The motorhome includes an inflatable tent that connects to the front of the car. It can accommodate up to two people. In the back there is a pull-out kitchen that can be easily removed inside. It has a sink, a single-burner stove and a drawer for crockery and other cutlery. There is a metal trunk is fixed on the roof for transporting tourist things. The set also includes two folding chairs for outdoor use.

It is unlikely that we will see a real embodiment of this concept, moreover, the donor Microlino has not yet entered mass production itself. Although the Italian company CECOMP promises to fix this by the end of this year.

The Microlino can travel 200 km on a full charge and reach a maximum speed of no more than 90 km/h. The microcar can be recharged in just four hours. On the way to the mass production, the car received a new chassis, independent suspension and a body made of steel and aluminum. 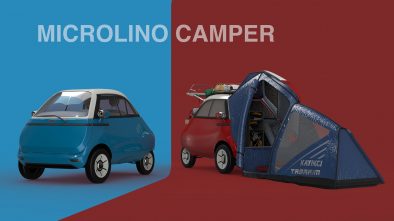 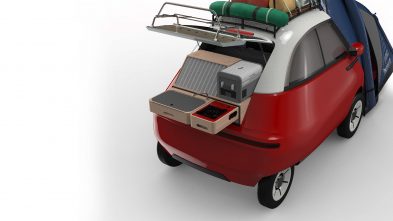 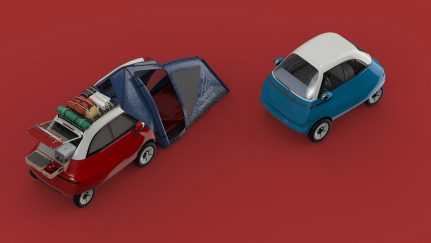 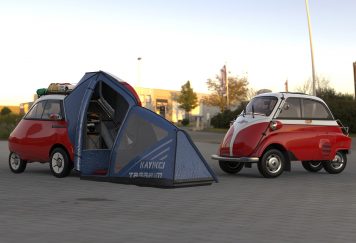 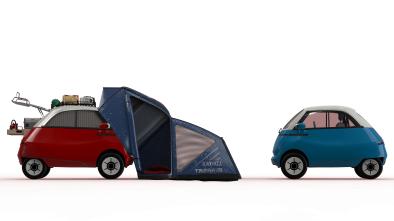 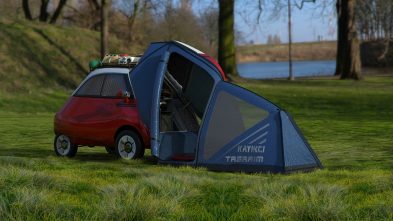