The Chinese joint venture General Motors and SAIC Baojun are known for their fun electric cars, which by the way are sold in rather large volumes (the BEV Baojun series is already the third most popular this year, almost 42,000 of which were sold by the end of October).

The latest model introduced this week has not yet received a name, but it looks weird. This is another affordable two-seater for use in large cities. December 8, Baojun showed the first images of its latest electric vehicle (NEV). The new model, the name of which will be revealed later, inherited the new Baojun interstellar geometry design language. It is expected that the new model will be fully electric with a range of at least 250 km (NEDC). Its avant-garde split-body design and two-tone appearance have a futuristic look that will appeal to young consumers. The hui (回) character of the front bumper repeats the picture of radar waves, making the car very recognizable, hinting at intelligent technology inside.

The lower part of the door is made like a big scratch. Their flat style expresses a complete sense of technology. Hidden door handles and cross-shaped wheel design increase the attractiveness of the model, while reducing wind resistance is the main advantage for any NEV.

The ongoing introduction of Baojun NEVs (which also include the E100 and E200 electric vehicles) complements the growth of its advanced intelligent family of conventional powertrain cars. This creates more transportation solutions for consumers in China. 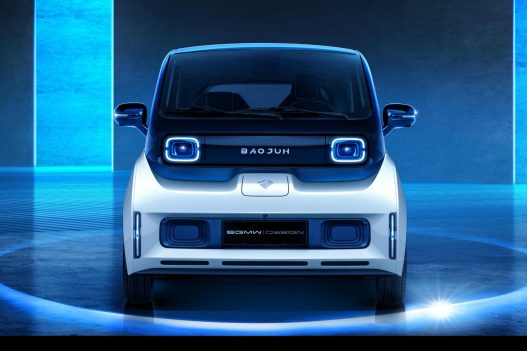 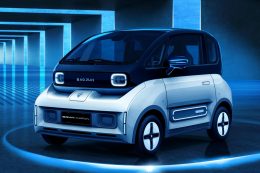 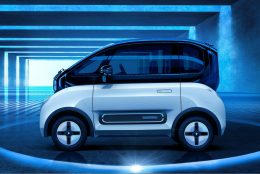