Severodvinsk (Russia) high school students Andrei Zotikov and Anton Kushnikov built a car from scratch with their own hands, and spent just $400. Most of these money was spent on a new engine and frame components.

The car, named KAZ (after the initials of the boys), is a rear-wheel drive roadster with an engine located on the rear axle and a retractable roof. The frame was welded by schoolchildren from square pipes. The car is driven by a 210-cc motorcycle engine paired with a gearbox from Ural motorcycle.

The compact cabin provides comfortable (according to the creators) seats and a heater, thanks to which you can drive a KAZ with an open cabin even at -30 degrees. Approximately 60% of the car parts are recyclable materials found in landfills or bought from advertisements. The other components are either new, purchased with their own money, or made independently in the garage of one of the mechanics’ father. According to Andrey, the school technology teacher helped with the most difficult jobs.

For obvious reasons, it is not possible to get a license for the KAZ. Now Andrey and Anton are using their roadster for trips around the outskirts of Severodvinsk. They separately note that the car turned out to be very narrow, but this makes the KAZ even more maneuverable. 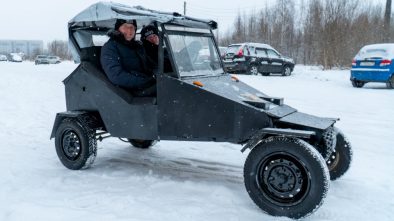 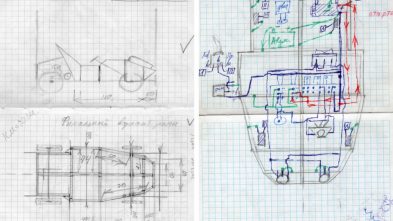 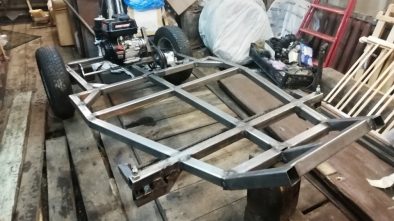 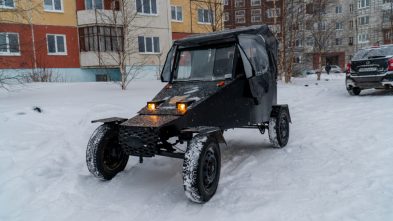 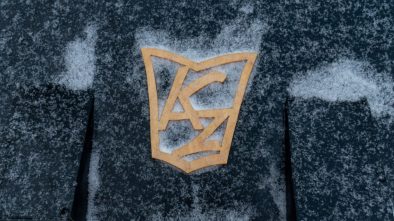 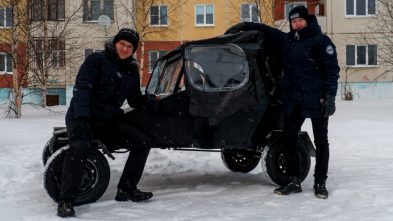