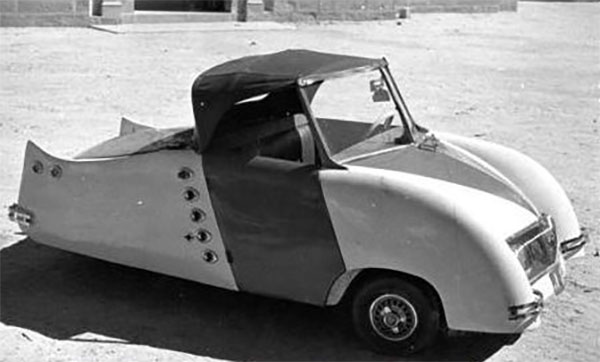 Antonio Gomez Cruz, was born in Torredonjimeno, Jaen, in 1907. He was a self-taught man who followed the activities of his father, Felipe Gomez Lopez, an industrialist with a flour factory, a bakery and a blacksmith and mechanical workshop. In 1930, when his father died, Antonio Gomez took charge of the workshop adapting it to the needs of the time; automobiles, trucks, engines, oil industry, etc., mastering all the branches of mechanics, lathe, forging, sheet metal, etc.

It is known (by testimony of his son) that in the 50’s, Antonio Gomez came to receive an initiative from the Civil Governor of the time to create an automotive industry in the province of Jaen, in which case the brand A.G. would have been used.

Antonio Gomez was a restless man, and apart from the workshop and the spare parts store he dedicated part of his time to giving professional training at the Instituto Laboral de Torredonjimeno until the time of his death. It so happened (according to his son’s statements), that he was asked to obtain the title of Industrial Master to officially justify his teaching activity, which he did, obtaining it just in the same year of his death.

Between 1945, and until shortly before his death in 1960, Antonio Gomez built in his workshop up to 4 different cars. 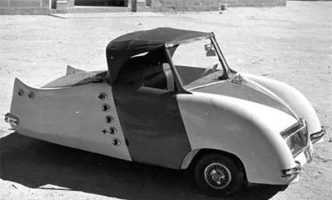 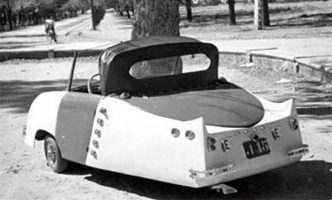 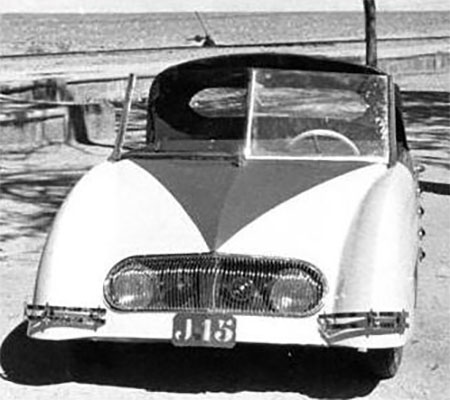 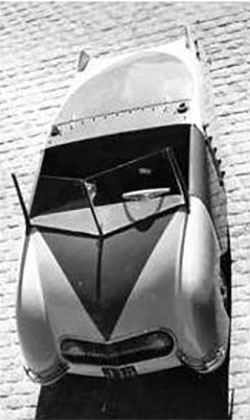 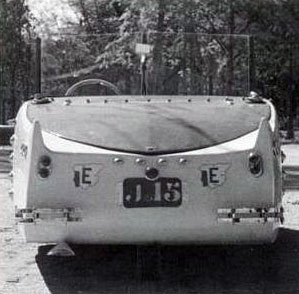 One of them has the registration number J-15. It was a small convertible car, with three wheels (two at the front and one at the rear) and a capacity of two passengers. Its bodywork and hood were elaborately detailed and abundantly chromed. Apart from the photographs, no documentation remains, but it is known that it ended up in Seville. It was probably powered by a Hispano Villiers engine.

The last model was another microcar known to be equipped with a Hispano Villiers engine. It was also convertible, but this one already had four wheels. This model still exists, in the hands of the family, and is pending restoration. 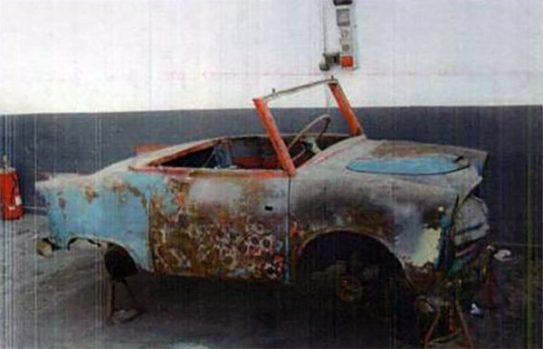 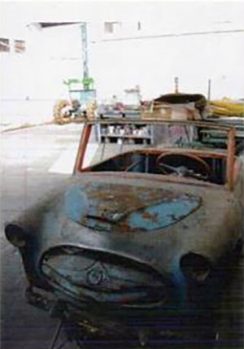 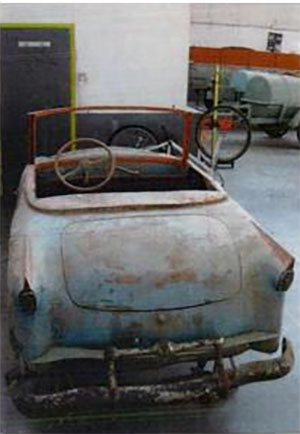