William L. Alden founded Self-Transit Systems Corp. around 1955. It originally envisioned small electrically powered cars suitable for short distance trips at low speed within urban areas, which could optionally merge onto tracks that would provide power and guidance for high-speed travel over longer inter-city distances. Co-inventor was Martin Gilvar, who came from Boston as well as Alden.

The Alden StaRRcar (Self-Transport Road and Rail Car) is actually being built and tested in 1968, along with its command system, first in Wetboro and then in a parking lot in Bedford, Massachusetts. Despite the fact that investors contribute millions of dollars, business was failed. The experimental models on a rectangular steel chassis with very small rubber wheels have a wedge-shaped lightweight body, while the rear of the vehicle consists of a single piece of glass. Two small guide wheels, usually hidden from view, leave the sides of the vehicle as soon as it swings into its U-shaped guide track with an internal busbar. In addition, a 1:20 scale model with ten vehicles and four change stations was used to test the guidance systems and the drive mode change. Here’s how it works. A commuter takes from his garage a compact three-seat StaRRcar — rented from an operating company. By inserting a charge into a slot on the dash, he activates the starter and signals a computer center he is on his way. StaRRcar is then driven conventionally until it reaches the nearest entrance ramp to a guided track. Once on the track, the engine cuts out, and an electrical power pickup takes over.

Over its lifetime the design changed dramatically, originally a four-person vehicle with dual-mode operation but eventually emerging as a much larger people mover for 20 people. 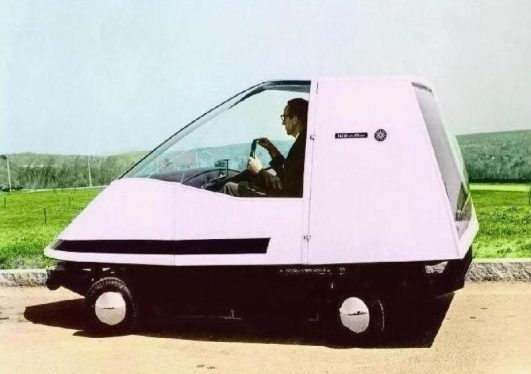 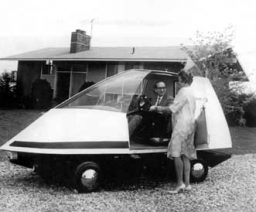 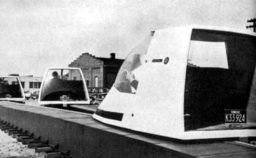 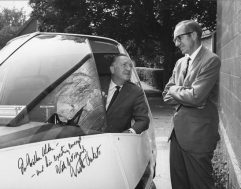 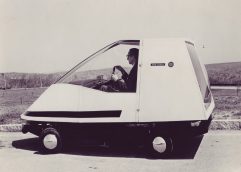 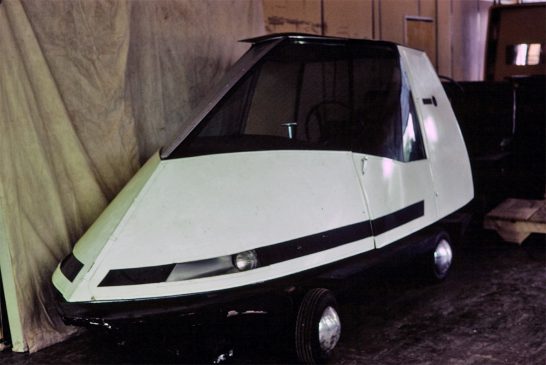 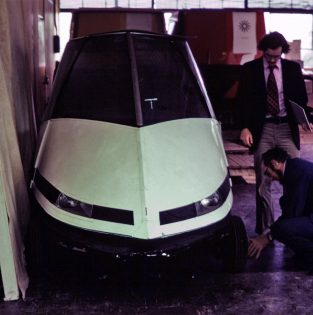 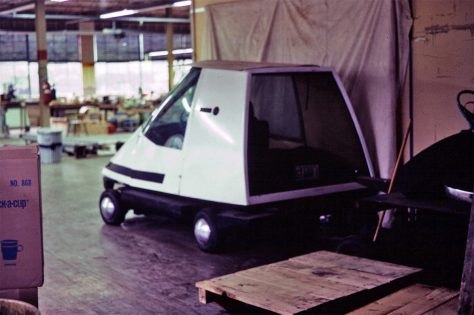