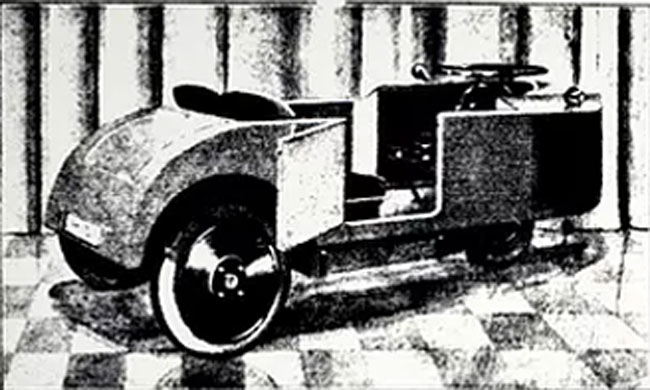 The Berlin engineer Alexander (called Alex) Fischer brought his vehicles onto the market with interruptions and little financial success between 1911 and 1938 under the brand names Elektric and Alfi.

After having founded the A.A.A. company, Alexis Fischer was at the same time engaged in the Alfi brand producing cars with 4-cylinder engines. From 1925, he devoted himself completely to this brand. Based in Berlin, the company produced light vehicles with 4-cylinder Steudel and Atos engines, as well as a small electric two-seater. Until 1928, very few were built.

A new company, Alfi Automobile GmbH was established in 1927, also by Alex Fisher. This time the cars and vans were three wheelers powered by 2 cylinder 2 stroke 2-stroke, 500 cm3 DKW engines with a power ranging from 3 hp to 4.5 hp driving the single front wheel which could be rotated 180 degrees to roll the car backwards.

This car could be transformed in a few steps from a three-seater passenger car into a delivery van with a load capacity of 0.25 tonnes. 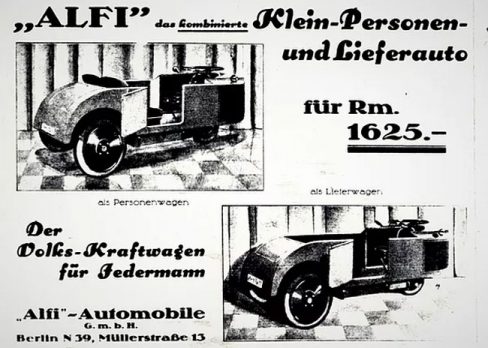 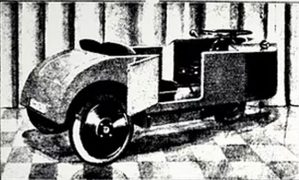 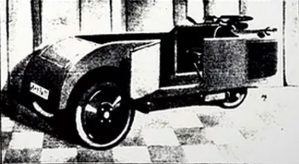 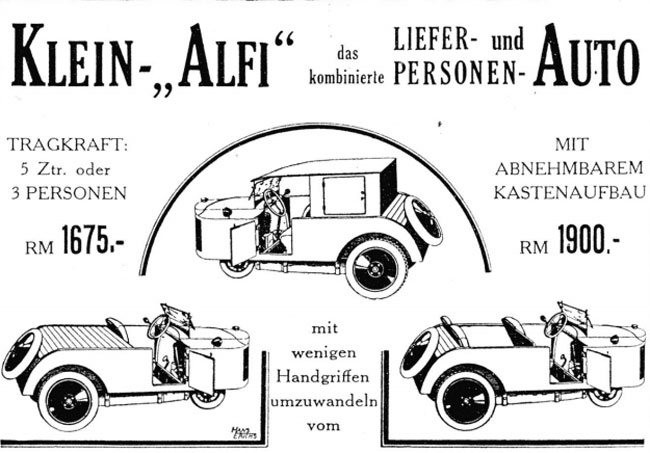