The German company Artega announced the information about the Karo-Isetta electric city car made on the patterns of the legendary BMW microcar of the second half of the 1950s.

The Artega is based on a steel chassis with a carrying capacity of 200 kilograms. Voltabox lithium-ion batteries are installed under the floor, which allow the microcar to travel up to 125 miles (200 kilometers) without recharging. Maximum speed is 56 mph (90 kph).

Externally, Artega Karo-Isetta does not completely repeat the ideological predecessor: it is larger, it has bigger windows, LED headlights and plastic bumpers. However, the concept of a miniature bubble car with a single door opening forward, four tiny wheels and two seats remained unchanged. The charger connector is extraordinarily decorated: the designers stylized it as the fuel tank cap.

In 2019, another company – Micro Mobility Systems – has already announced the tiny Microlino electric car based on the BMW Isetta. The Swiss company rated its creation at 12 thousand euros and collected 16 thousand pre-orders. Sales should begin in 2021.

Having learned about the competitor, representatives of Micro Mobility Systems sued Artego, demanding the German company to change the design of their city car. In the end, electric car manufacturers managed to come to a compromise. 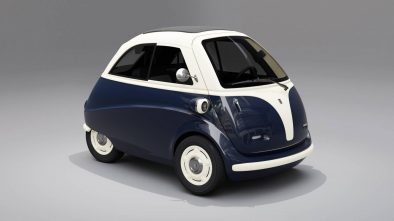 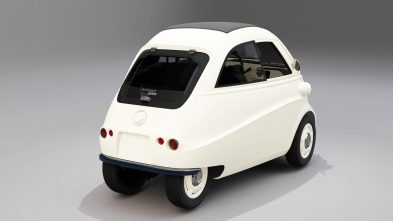 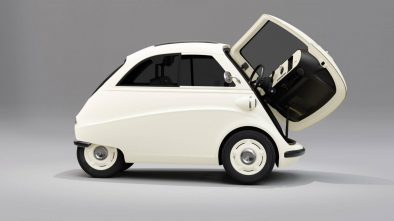 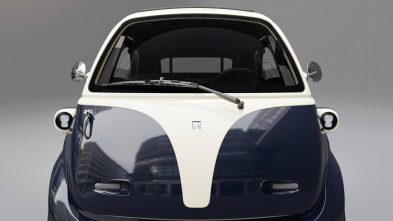 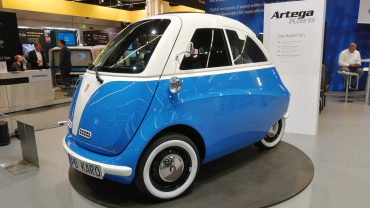 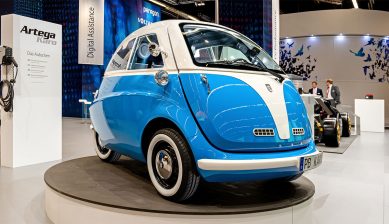 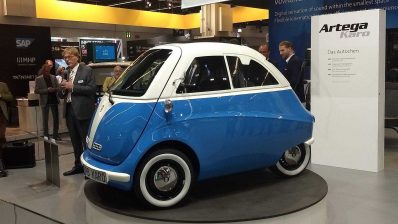 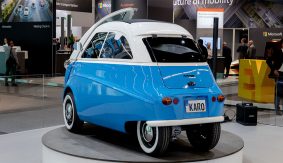 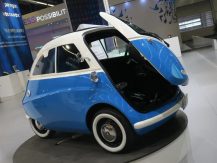 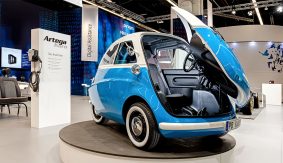 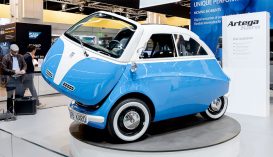 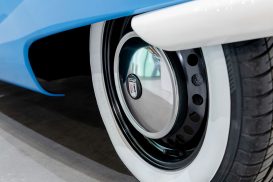 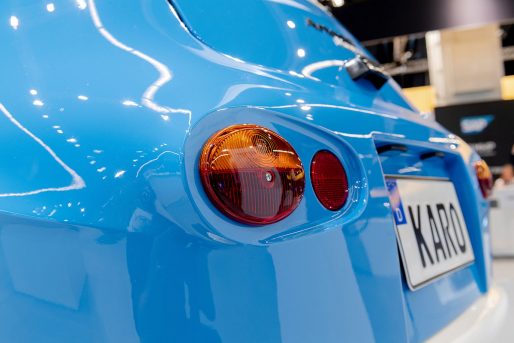 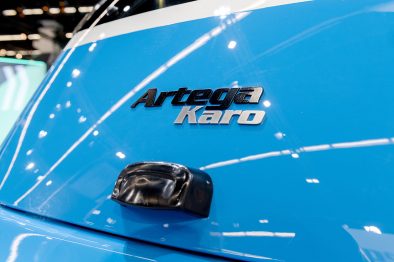 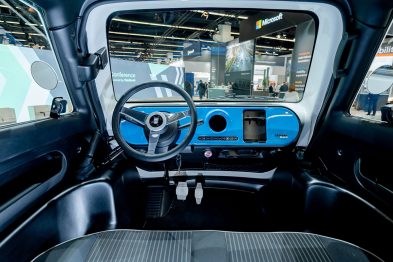