Citroen Ami One Concept is a city electric car for two, which can be rented for a period of five minutes to five years. To drive it in Europe, a driver’s license is not needed. Ami One belongs to light quadricycles, so you just need to reach age of 16 years (14 in France) to drive it. The concept does not just meet the requirements for this category, but was originally designed for it.

Curb weight without battery should not exceed 425 kg? The concept weights exactly 425 kg. Speed is limited to 45 km/h? All exactly. So, the power limit of four kilowatts (5.4 hp) is also strictly observed. The range is 100 km. Full charge at the station takes two hours, but it will be longer if you use regular home 200 volts.

The name obviously refers to the historical model Citroen Ami 6. Ami One is even smaller in size than the old Smart Fortwo. The length is 2500 mm, the width is 1500 mm, the height is 1500 mm. You can park it perpendicular to the sidewalk. Turning diameter is 8 meters.

The electric car is symmetrical: the bumpers and wings in the front and rear are identical. They are interchangeable. The doors are also the same, but the driver’s opens the opposite side, while the passenger’s — regular. Instead of a rigid roof is sliding canopy. Citroen Ami One Concept is equipped with specially designed 18-inch wheels.

Citroen’s interior design chief Jean-Arthur Madelaine told: “When the 2CV was created for the people, they were living mainly in rural areas, so it was a car for the countryside. Now the trend for young people is that they are not really interested in cars at all, but they like the mobility, especially in the cities. This is the vision behind AMI ONE.”

To rent Citroen Ami One you need an application with voice control on your smartphone. Electric car locks are unlocked when reading a QR code from a door. The steering column with the equipment on it is called the Drive-Pod. The steering wheel has two buttons: a menu and a voice assistant.

The button to the right of the steering wheel starts the engine and changes modes of transmission (drive, reverse, neutral). There is also a swing button of turn signals to the left of the steering wheel. A black box with a five-inch screen above the column use your smartphone, integrating it into the media center and has a wireless recharging station.

The driver’s seat can be adapted while the passenger’s seat is fixed. There is a small luggage compartment behind the seats, which can be reached only from the inside. There is also a Safety Box with a reflective vest and an emergency stop sign. Door panels serve as armrests. They have canvas pockets. There is a niche for a bag in front of the passenger.

The headlights resemble the CXPerience concept. Door handles in the form of hinges made of PVC convey greetings to Cactus. While driving, the electric car generates an artificial sound, as prescribed by the rules introduced in Europe from January 1st: music that combines male and female voices.

Developers see Citroen Ami One as an alternative to public transport, as well as bicycles and scooters. Obviously, Citroen is going to deploy a whole network with such cars, tying them to the already existing Free2Move and Rent & Smile services.

“We don’t want to restrict this car to rental or purchase. It should be both.” 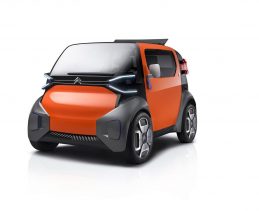 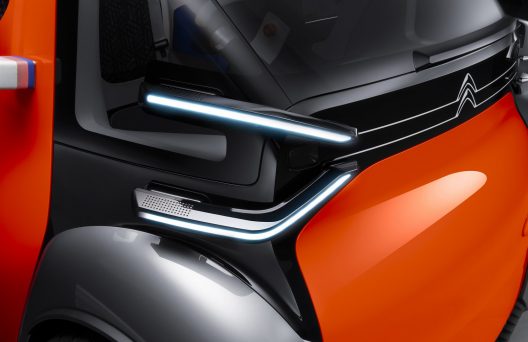 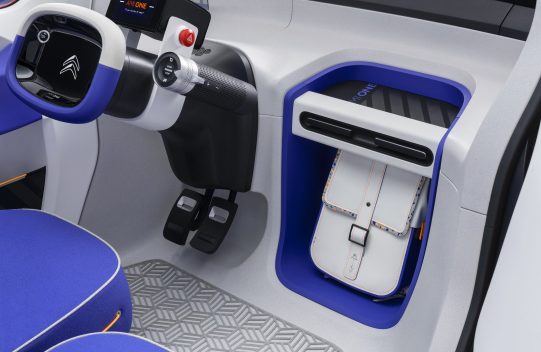 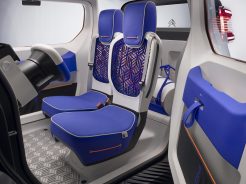 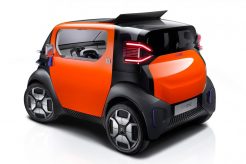 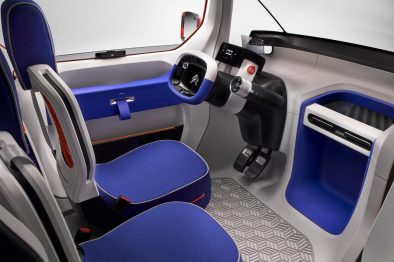 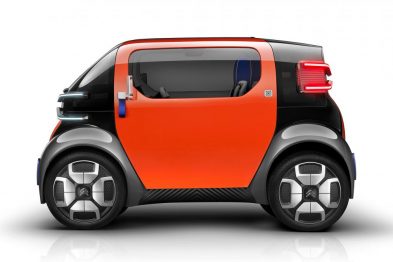 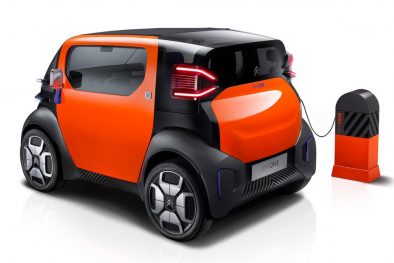 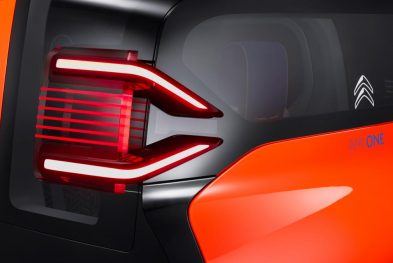 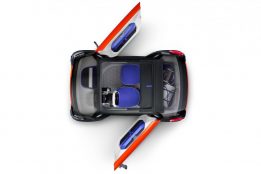 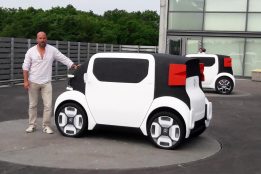 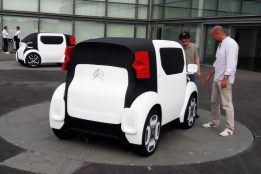 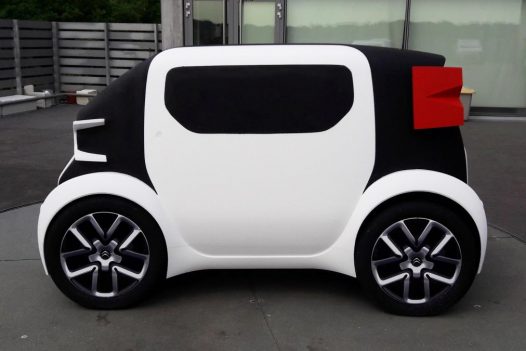 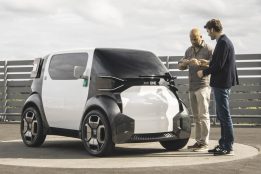 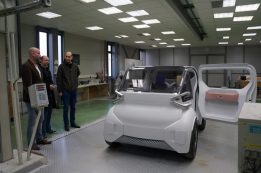 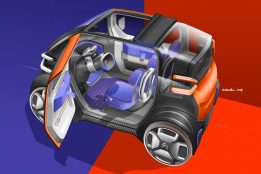 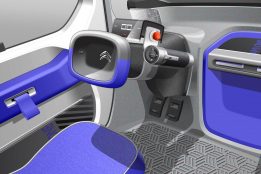 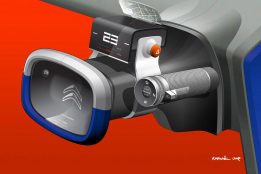 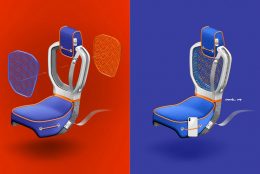 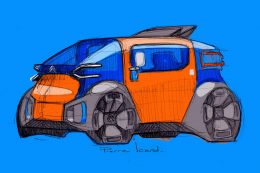 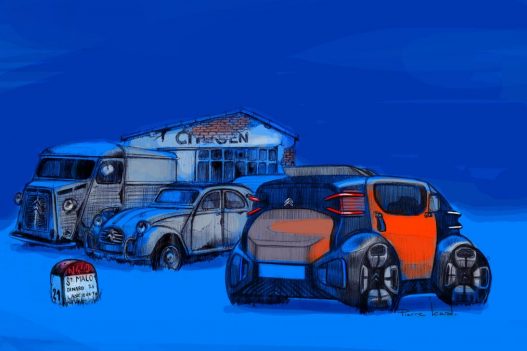 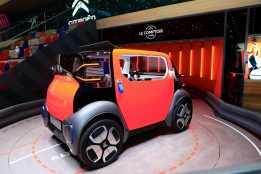 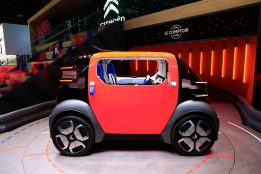 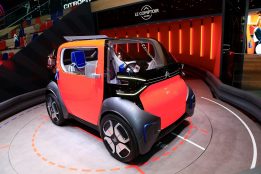 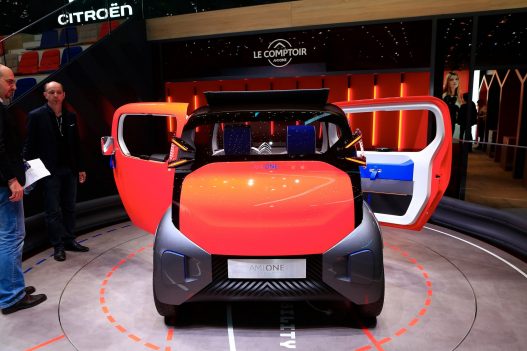 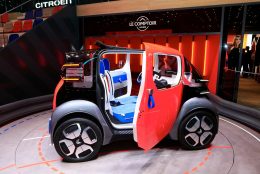 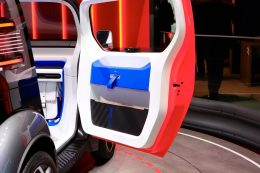 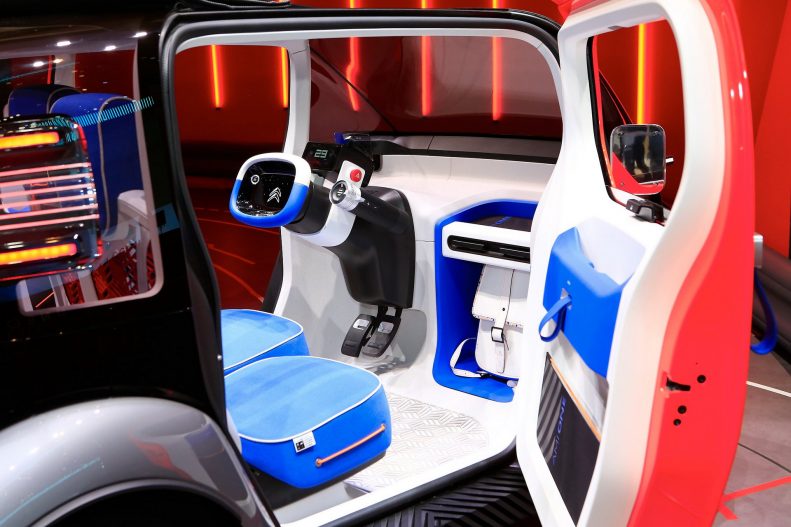