Citroen has unveiled the My Ami Buggy concept, which is a tiny electric city car with a sporty character, “easy to use and with a strong personality.”

The electric car has no doors, but it has an additional lighting unit, a visor over the windshield and mud tires. Representatives of the French brand said that My Ami Buggy “can add to the list of Christmas wishes for any child between the ages of 14 and 77.”

Citroen designers have tried to make the citycar as realistic as possible. The roll bars and the spare wheel on the roof are attached directly to the frame, a special tubular structure is provided in the lower part of the cab for rollover protection, and the seats are two connected structures placed one above the other.

New pillows with a doubled foam layer were used for the chairs. The extra volume of foam with memory function makes them softer and lighter. The pillows themselves are removable – they can be dismantled to be washed or replaced with new ones.

An unusual solution is to place the inscriptions “Pilot” and “Copilot” above the driver’s and passenger’s seats and to put numbers 01 and 02 on the seats themselves, which indicates the sporty character of the car. The seats themselves, along with the charging cable, door capsule graphics, the entire luggage compartment and a range of accessories, are accented with Citric Yellow accents.

The car has several similar parts: for example, arrows under the spoiler and on the wheel arches, which indicate the direction of air flows, a belt bag attached to a magnet in the central part of the steering wheel, and a backpack bag with a valve under the dash panel. The charging cable is placed in a special holder on the frame of the passenger door in the form of a handle.

My Ami Buggy is just a concept that is unlikely to become serial. The serial Citroen Ami is an electric ATV, which costs 6,000 euros, and you do not need to have a driver’s license to drive it. It accelerates to 45 kilometers per hour and travels about 75 kilometers without recharging. 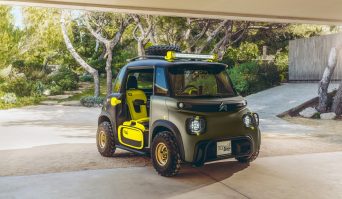 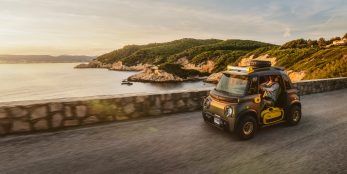 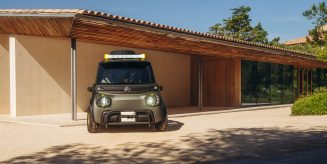 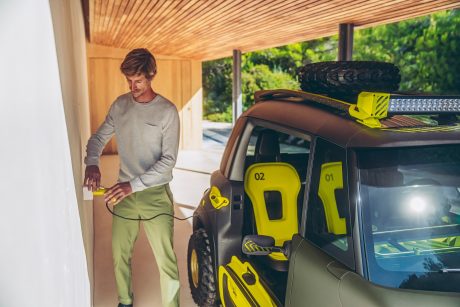 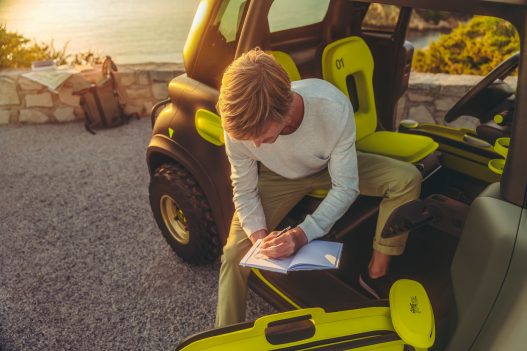 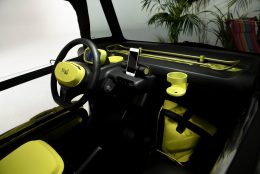 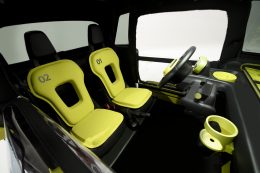