Citroen has unveiled the production version of last year’s My Ami Buggy concept, a small Ami electric car in off-road configuration. True, only 50 of these cars are planned to be built, and all of them will be sold online on June 21.

The production EV has some differents from the concept. The off-road wheels have been replaced by stamped rims with much less toothy rubber. The second difference is the replacement of doors with a black pipe structure. The concept has something yellow instead of the doors. However, the yellow inserts in the interior of the production car are partially preserved, as is the general body color – khaki.

Another feature of the serial My Ami Buggy is a canvas roof that can be removed. This is a reference to the legendary Citroen 2CV, popular in the second half of the last century.

The rest of the small EV is no different from the standard model. It has only rear-wheel drive, 8 horsepower motor and a small 5.5 kilowatt-hour battery.

A typical urban Ami has enough for 75 kilometers at a very slow pace. The power reserve for the Buggy is not declared, but the power consumption should be worse. 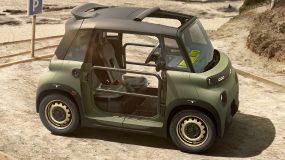 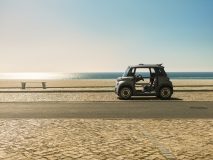 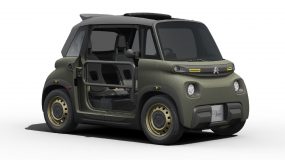 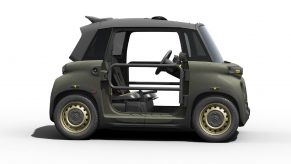 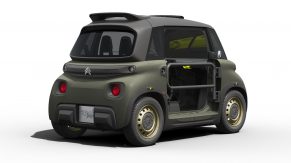 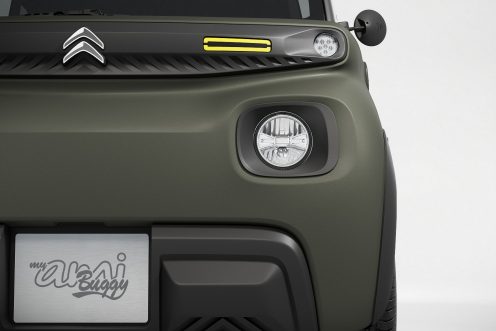 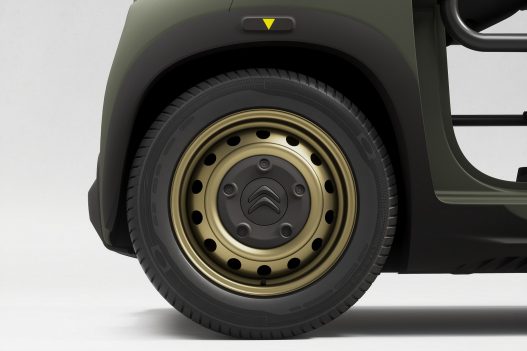 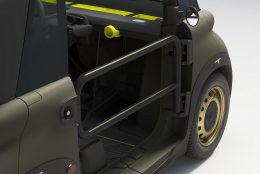 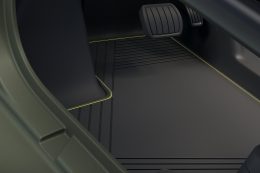 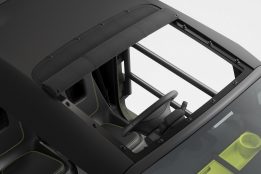 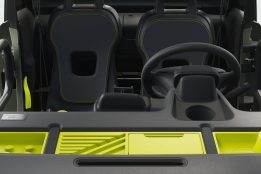 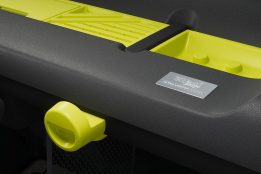