The Dandera Ventures OTUA electric commercial van made its debut on the Indian market. This car can surprise by all parameters. For the Southeast Asian market this is a very significant novelty.

First of all, it is worth noting the extremely unusual design, which has many solutions typical of show cars. At the same time Dandera Ventures OTUA is a production car, which can already be ordered by all citizens of India. The car has only three wheels with a motorcycle wide fender installed above the front wheel.

The OTUA has a very narrow body and a high mounted cab with a large glass area. At the front you can see a block with four round headlights, which are decorated with a plastic cover.

The novelty can easily move almost 1 ton of cargo, which is an impressive figure for such a model. The car is propelled by an electric powertrain, but its performance figures have not yet been disclosed. It is known that the OTUA can travel 160 kilometers on a single charge, which is enough for cargo transportation within a large city. Moreover, now almost all cities are equipped with charging stations. It is also reported that the Dandera Ventures OTUA is equipped with many different safety options.

The manufacturer has already started taking pre-orders.Although the truck has not yet arrived in dealerships, it is already called the most advanced model in its class on the Indian market. 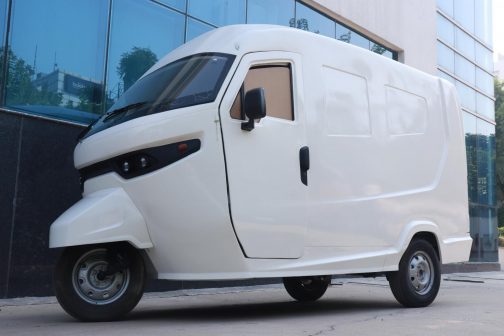 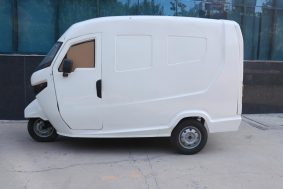 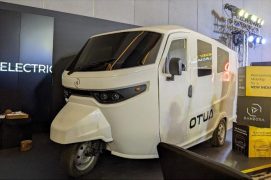 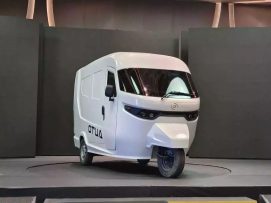 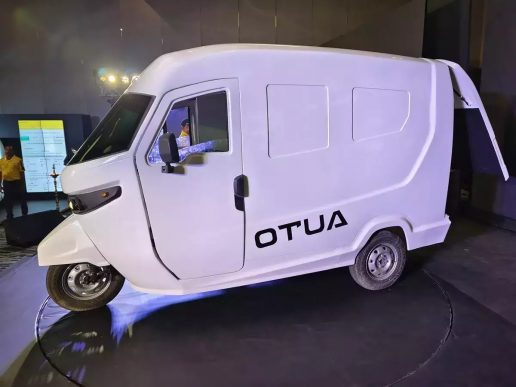