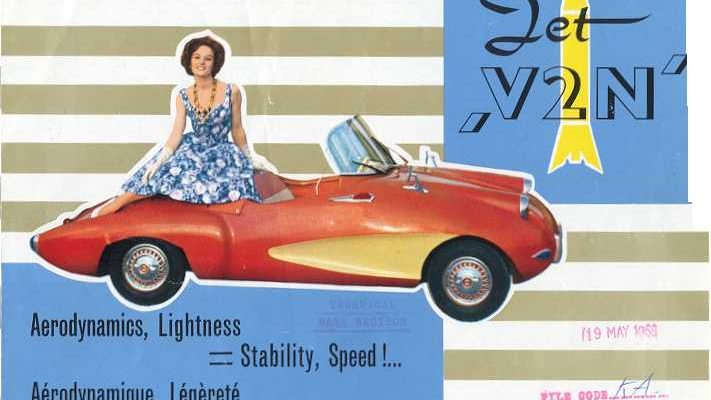 In 1959, Union Industrielle (formerly named Air Tourist) made a turn and announced the new Brutsch design, the 4-wheel V2N with a sportier appearance, which would be sold under the name of Jet V2N. It was equipped with rear-mounted Ydral engines of 125, 175 and 200 cc.

It was a two-seater car with a plastic body, which was built in two versions: Standard and Deluxe. The design of the car is extremely simple. The ad said:

The roadster had an independent spring suspension with shock absorbers and rack and pinion steering. The turning radius of the car is only 5.50 m. The tube chassis with central beam and longitudinal and transverse crosspieces is used for fixing the bodywork. Dimensions: length – 3,200 mm, width – 1,350 mm, height – 1,120 mm, wheelbase – 1.875 mm. 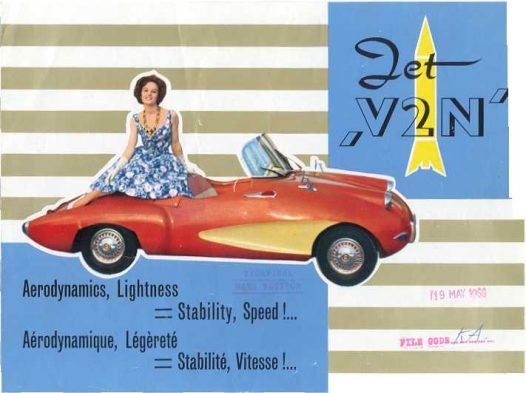 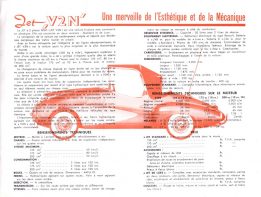 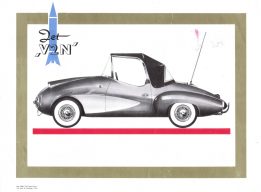