If you’ve seen the 1993 futuristicaction movie Demolition Man, you might be familiar with General Motors’ Lean Machine. It was created by GM’s Frank Winchell, as a study for a singleseater commuter vehicle—car-like in use and stability, but offering motorcycle dimensions and maneuverability.

So the narrow Lean Machine had a fixed lower “power pod” section with two rear wheels, but a single wheel leading a separate upper “passenger pod” that pivoted from side to side in corners so the driver could lean into them like a biker. The ovular Lean Machine was compact and weatherproof, and the second of two versions built was said to reach 60mph (97kph) from standstill in 6.8 seconds.

Inside, it sported handlebar controls, with throttle and brakes also hand-operated. The angle of lean, however, was controlled by pedals. The Lean Machine was never a likely candidate for showrooms, despite General Motors’ insistence that they considered it in 1989 for possible marketing in congested California. Its star turn came alongside 16 other GM concept cars, valued at $69 million, in Demolition Man. 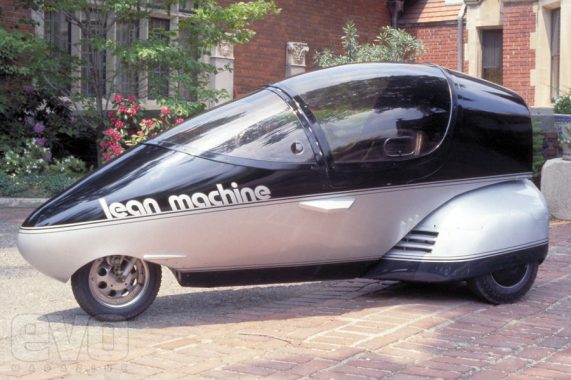 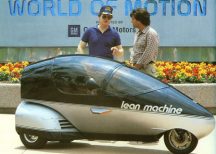 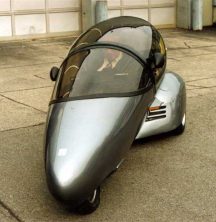 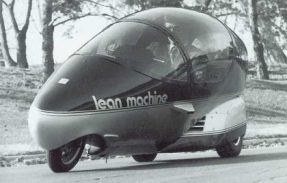 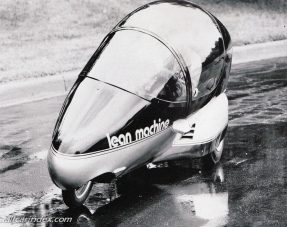 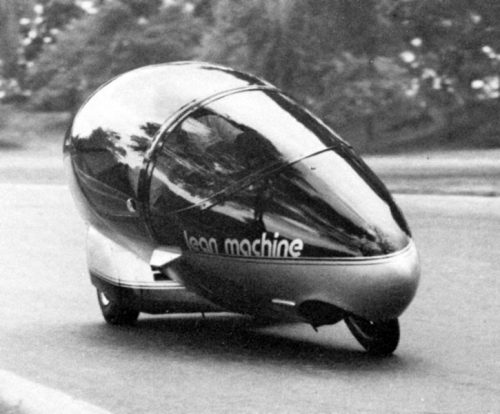 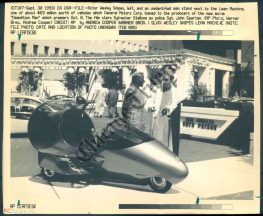 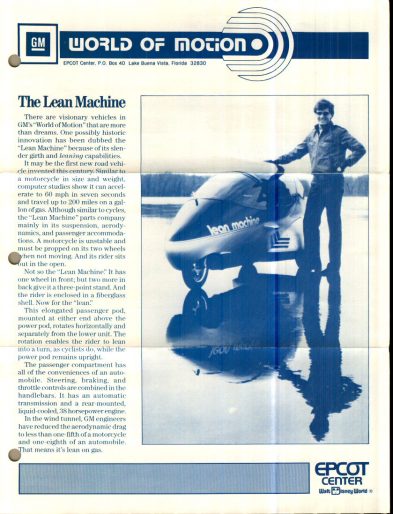 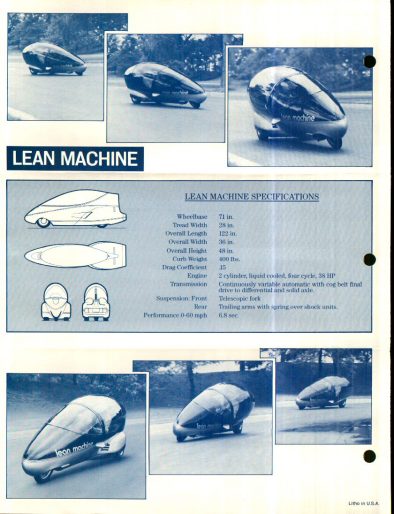