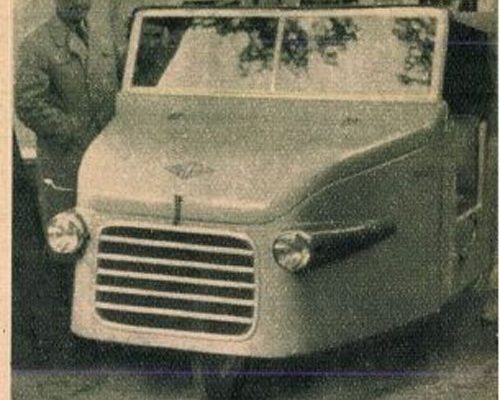 As early as 1947, László Vörös made a three-wheeled family motorcycle, which ran for three years. Then he sold it. However, no one was curious about the vehicle. The 3-wheeler used the Pannonia’s 250cc engine. The roof of the microcar was open, but can be covered with a canvas.

The car weighs less than motorcycles with a sidecar and can accomodate up to 3 people. It also can be used for transporting goods by lifting the rear seat. The 10.5 horsepower engine eats five liters of gasoline per 100 km. Maximum speed is 65 km/h.

The Favorit microcar, which the reporter of Autó-Motor described as “hopeless”, was presented at the Budapest Industrial Fair. But it had no future and was forgotten.