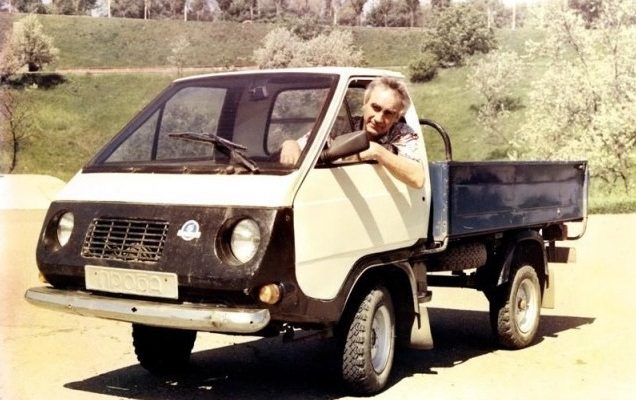 In the early 90s, Gennady Kholodny, a garage craftsman-enthusiast from Russia, created a cool tiny truck called “Khutorok”. It turned out to be so good that it almost came to mass production. Alas, this never came true.

Gennady Kholodny came up with his “Khutorok” as a car for small jobs in villages and towns. The truck could interest farmers and entrepreneurs with its compact dimensions and rather high carrying capacity. With its own weight of 280 kilograms it could carry 500 kg or even a thousand kilograms.

The local built diesel engine TMZ-450D was under the hood. This engine was a popular choice of home-builders. Its power, according to various sources, ranged from 11 to 13 horsepower. With such a unit, the car could accelerate along the highway to 90 kilometers per hour. At least that’s what Kholodny himself claims. And also, according to him, the fuel consumption of “Khutork” does not exceed 1.5 liters per 100 kilometers – it is fantastically economical.

By the mid-90s, a miniature truck was noticed by one of the local businesses. It wanted to take “Khutorok” under its wing and started mass production. It was planned to release about 3 thousand copies. But then came 1998 and the crisis. The project remained unrealized.

Now the car is stored in the courtyard of its creator in a depressing state. However, Gennady Kholodny did not give up and in subsequent years created many more different mechanisms. 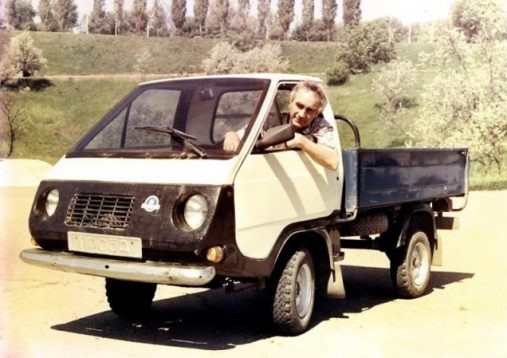 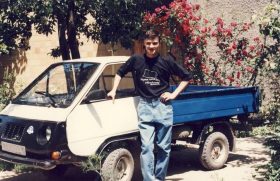 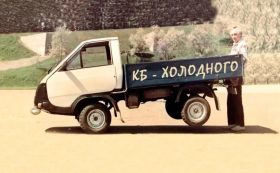 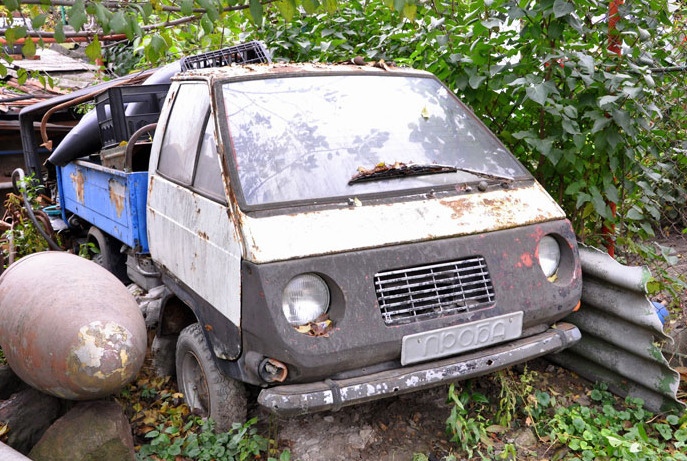