Company RYCSA (Rosati and Cristófaro Industrias Metalúrgicas S.A.M.I) from Argentina produced the range of passenger cars including S 500 Gilda (or RYCSA S 500) and C 500 Gauchito (or RYCSA C 500). Both models were presented in 1956.

The third model was the microcar Mitzi made by Imema, a company controlled and created by RYCSA. The tiny car was licensed by the Italian brand SIATA (Società Italiana Auto Trasformazioni Automobilistiche), to produce it locally. It was very similar to the Vespa 400.

The RYCSA company was born from the Santo Rosati partnership with Francisco Cristófaro in 1926. Basically it is dedicated to the metallurgical sector and produces from boilers to bridges, passing through various machinery. In the 1950s the company decided to enter the automotive market in Argentina. But RYCSA shareholders did not accompany the project and Rosati, along with Cristófaro, had to face the risk of the investment. The company RYCSA controlled several metallurgical companies and two automakers: Autoar (Automoviles Argentinos) and Imema. The latter was created by RYCSA to manufacture the Mitzi B40 micro car in the mid-1950s. The plant was built in the town of Caseros in the province of Buenos Aires.

It was estimated that by the end of the year 1956 the manufacture of the Mitzi B40 would be 10 units a day and by 1957, that production would be in the order of 40 to 50 units. The price was established at about 60,000 pesos national currency.

The Mitzi B40’s four-stroke engine was rear-mounted with two vertical cylinders with a displacement of 434 cubic centimeters with a power of 12 HP at 4,000 rpm. The compression ratio was 6.3: 1. The motor had a 20 degree tilt. Cooling was by air using a fan. It could reach 85 kph of maximum speed and its fuel consumption was 4 liters per 100 kilometers. The gearbox was four gears forward and reverse. The shift lever was on the steering column.

The front suspension was independent by quadrilateral and the rear by rigid oscillating axle. Torsion bars and telescopic hydraulic shocks were used on both axles. The brakes were hydraulic drum on all four wheels. The turning radius was 4.80 meters.

The Mitzi B40 only had one seat that accommodates three adults. Another small seat was behind it. The middle part of the roof was canvas that could be folded. Imema Mitzi B40 was bigger than Vespa 400. But at first glance they appear to be the same car. Of course, until you compare them side by side. The Mitzi B40 was longer, wider, and taller.

RYCSA’s original idea was to produce a small urban car to transport a single person. That is why they chose this micro car that SIATA manufactured in Italy. It was planned to produce 2,500 units in the first year and the next to reach 10,000 units.

For that Imema had a staff of 1,500 employees ranging from operators, through technicians, to engineers. Some latter arrived from Italy to supervise the manufacture of the Mitzi B40. But when the second government of Juan Domingo Perón was overthrown, economic conditions changed and the project of this micro car could not be maintained over time. 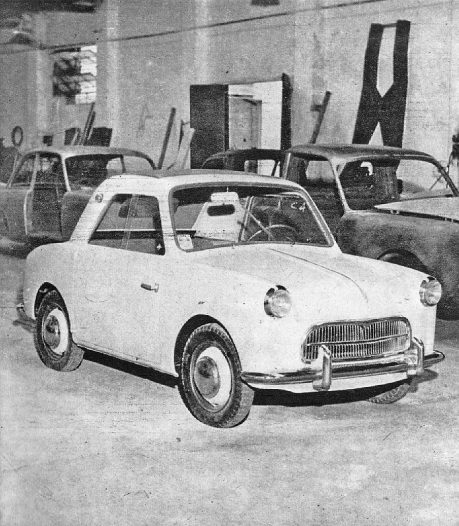 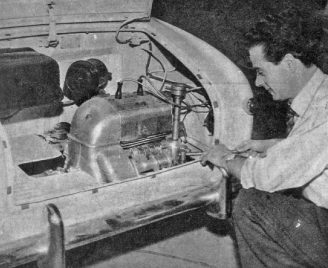 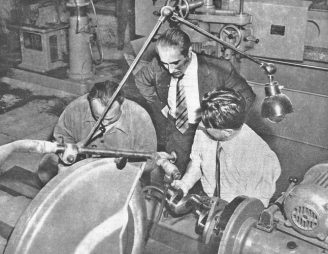 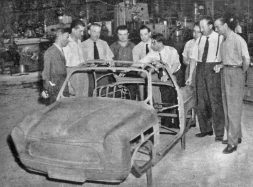 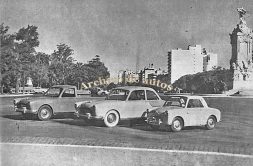 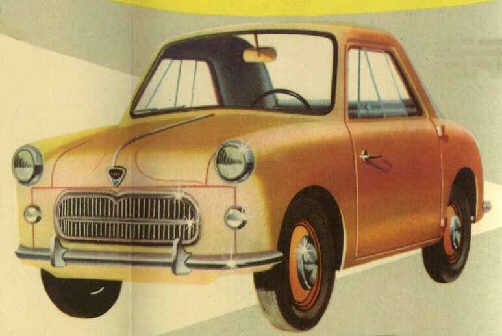