At the Tokyo Motor Show 2022, a tiny T-BOX Proto offroader was shown, created by a Youtube blogger from the Kussun Garage / KG Motors.

The self-made electric car is not assembled on the basis of any serial model, but built from scratch on a hand-made chassis. It took only 2 months to build. It is based on a ladder frame welded from rectangular steel pipes (40 x 80 mm).

It has all-wheel drive, which is provided by two electric motors – one for each axle. The front and rear suspensions have long travel for a high level of off-road capability.

Initially, the body was planned to be made on a 3D printer, but it was not possible to make it on time due to the peculiarities of the technology. Therefore, it was decided to make molds for gluing fiberglass body panels.

Outwardly, it is somewhat reminiscent of the second generation Ford Econoline, which debuted in 1967, but with changed proportions and on a much smaller scale. 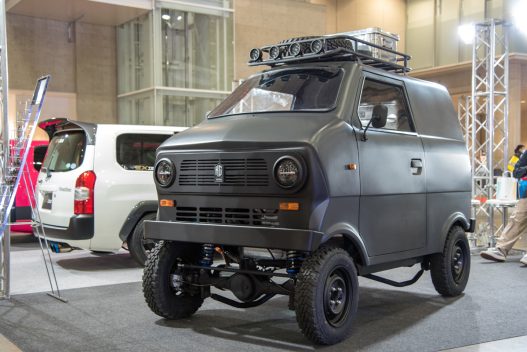 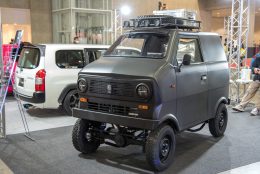 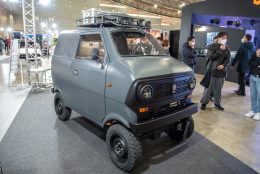 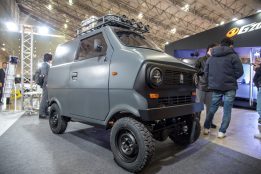 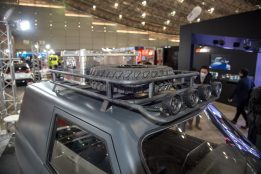 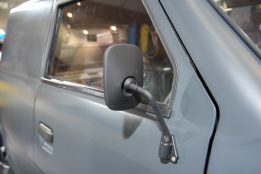 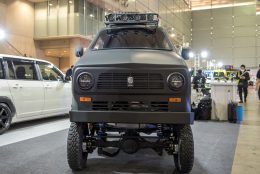 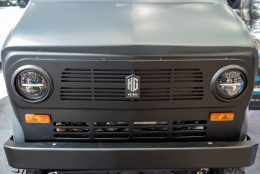 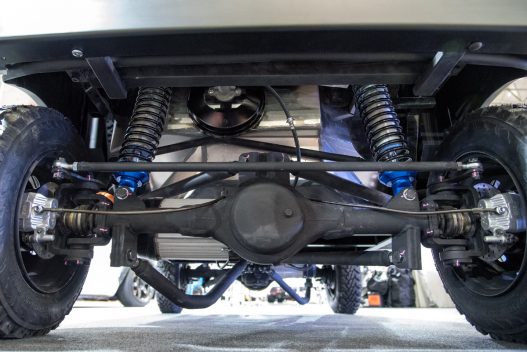 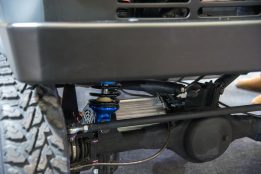 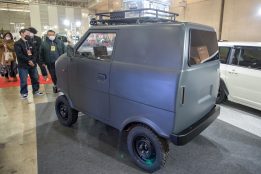 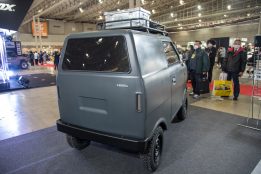