The Renault Zoom squeezed into the smallest gap, carried two people, ran on electricity and the minor scratches on its bodywork repaired themselves… What is the ideal vehicle for urban traffic? Certainly not a modern crossover with a length of 4.3 m or more. Still, it should be as small as possible to make it easy to park and take up a minimum of space. It just needs to carry the driver and a passenger, as well as a couple of shopping bags. And feel free to let it be powered by an electric motor.

Renault, in collaboration with Matra, presented a concept called Zoom at the 1992 Mondial de l’Automobile in Paris. It met the above requirements to a tee. It was able to “shrink”. The bubble on wheels reminded some of a frog, and in its basic form it measured only 2650 mm, and was only 1520 mm wide.

The Zoom’s rear wheels could be folded down, which shortened length to 2100 mm, and in the retracted wheelbase configuration it gained 23 cm in height (1720 mm instead of the base 1490 mm). The distance between the axles was also reduced from 2400 to 2000 mm. This made it easier to maneuver in tight spaces and when parking, it could be parked at right angles to the kerb. After all, it was also barely longer than most cars even with the mirrors wide. It was precisely because it was able to change size that it was given the name Zoom. It could fit almost anywhere, squeezing into gaps was literally a breeze. The space for one Renault 19 hatchback was expected to be taken up by three Zooms. It didn’t want much space to the sides either, as the so-called “beetle trusses” swung forward and up. First the doors opened outwards by 120 mm, then swung around an axis tilted nine degrees from the horizontal.

Renault Zoom was suited to the city and the periphery of metropolises, and in addition to its variable wheelbase, it used an electric powertrain. The power unit was a synchronous electric motor. Some sources report a more than adequate power output of 45 kW (61 hp), others a much more modest 25 kW (34 hp). However, the environment was also considered, so it was 90 percent recycled. It was located across the front axle, which it also logically drove – via a single direct drive. This made it easier to drive, the car could only have two pedals.

The nickel-cadmium batteries under the seats lasted for about 150 km of driving. Empty, they were recharged to 80% capacity from an ordinary socket in just two hours; a full charge took eight hours, but was still possible overnight… The now ubiquitous lithium-ion cells were first introduced by Sony in 1991 and were still a long way from being used in electric cars.

The nimble little car was capable of up to 120 mph. It accelerated from rest to 50 km/h in six seconds. And unlike other studies of the time, which were just dysfunctional life-size husks that didn’t move, this French futuristic micro actually drove. It weighed 800 kg, 350 kg of which was battery power. The base of the structure was aluminium, but the middle part of the body was made of plastics and composites, and was painted during production and did not need further painting. In case of damage, it could return to its original shape, it “healed” itself, healing much like human skin. There were reinforcements inside the door.

The chassis, suspension components and door structure were made from recyclable materials, 95% of the components in total. The luggage compartment under the hinged rear wall was just enough for larger purchases. The communications center, located between the two seats, included a cordless phone and Carminat navigation system, hidden from view, the top section flipped up. A safety air bag was located in the head of the adjustable steering wheel, the braking system was equipped with ABS. An interesting feature was the turn signals in the exterior rear view mirrors.

Three decades ago, the minimalist and innovative Zoom understandably had no chance of mass production, but it was a showcase of what Renault and Matra could develop in the field of urban electric vehicles. Infrastructure was lacking, public chargers were the music of the future. Yet in 1992, Matra hoped to build the necessary network to make EVs viable within three years, with the help of Renault, the energy company EDF and the French government (it still has a stake in the former state-owned carmaker), but that didn’t happen. It also claimed that the Zoom could become like a mid-range Clio. 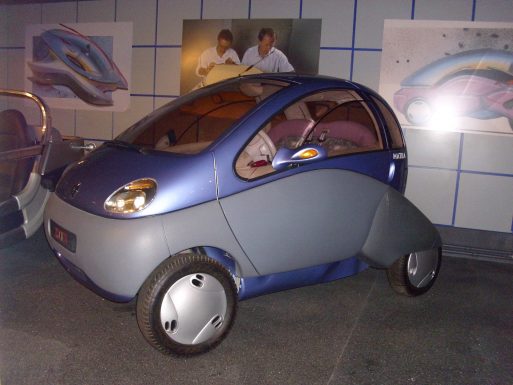 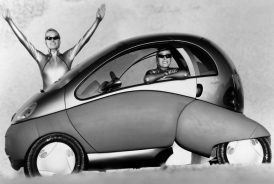 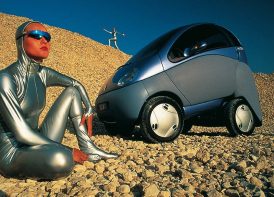 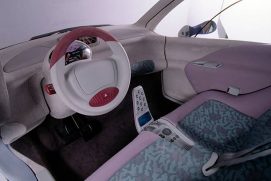 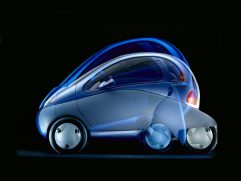 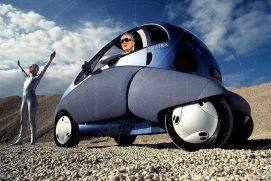 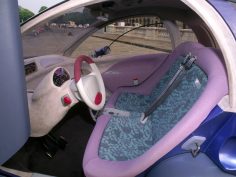 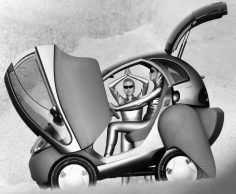 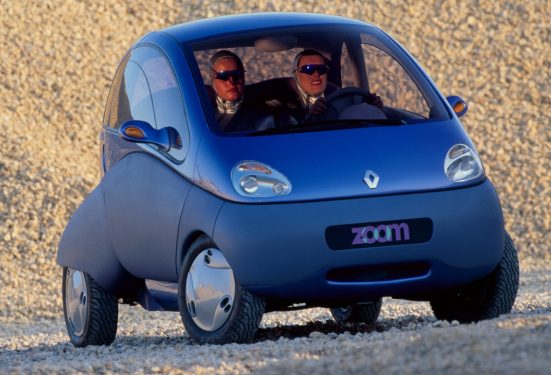 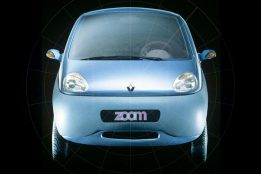 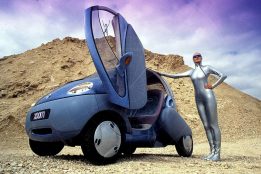 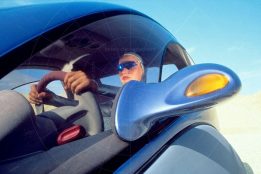 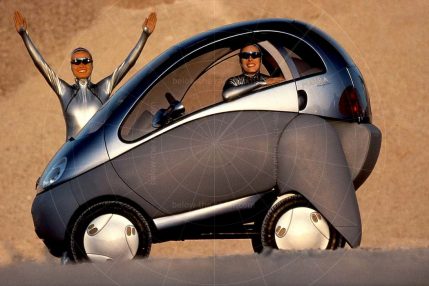 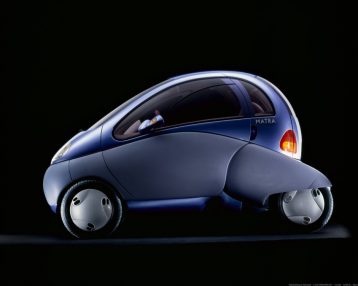 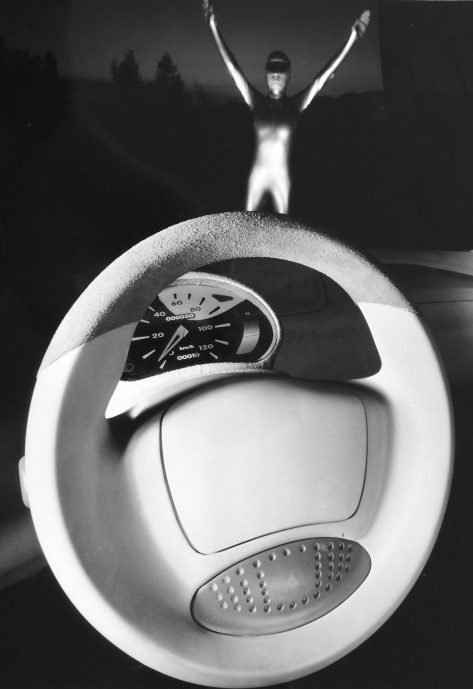 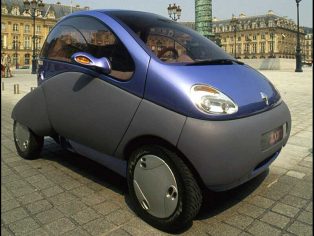 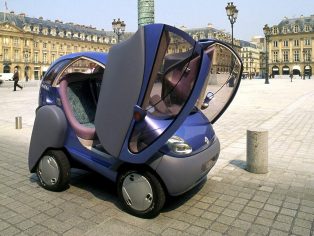 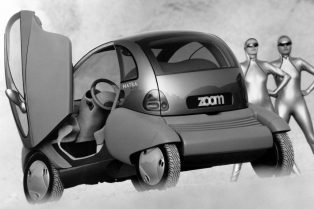