Yutaka Katayama worked for Nissan, but in 1954 decided to establish his own brand Suminoe to compete with the existing market giants. The basis of his business idea was to create a very cheap car, since Japan in the early 1950s was still a rather poor post-war country.

Katayama built the prototype with the assistance of a friend in his own apartment – on the second floor. The car could not be pulled out through the door, and it was lowered down through the window.

The 425 kg car was powered by a 12.5-hp OHV twin-cylinder engine from Nissan. It was placed behind the two seats passengers with a 4-speed gearbox. The wheels were from a motorcycle, and therefore journalists called the car “two twin motorcycles”. The brakes act only on the rear wheels. Top speed – about 60 kph.

Mass production started at Suminoe Engineering Works Ltd. in Tokyo. This company manufactured interiors for Nissan. At the 1954 Tokyo Motor Show, a Flying Feather stand presented the car to the public. A finished model sits next to a bare chassis. Katayama takes part in several competitions behind the wheel of the Flying Feather.

The business project was not very successful. Katayama managed to release about 200 copies of Flying Feathers and only 48 were sold. They were sold poorly, and in 1955 production was stopped. Katayama returned to Nissan and successfully continued his career. Under his leadership, the Datsun 210 was designed, and subsequently he led the US branch of a growing company. 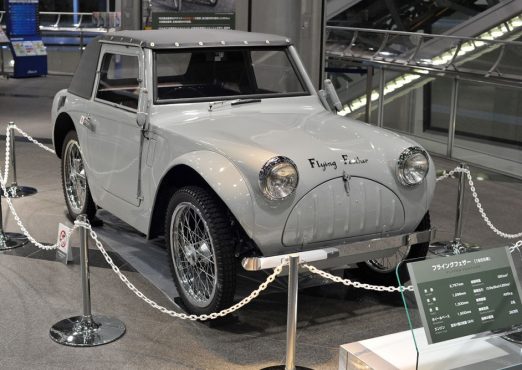 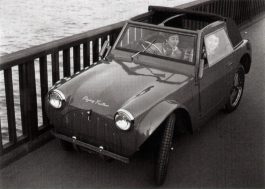 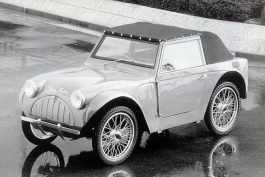 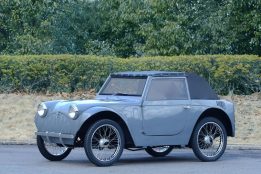 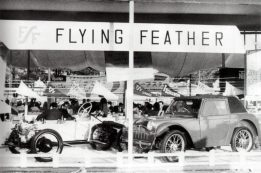 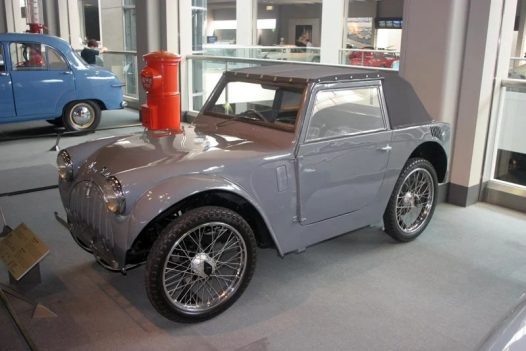 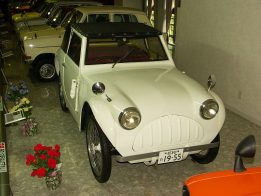 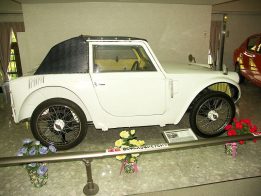 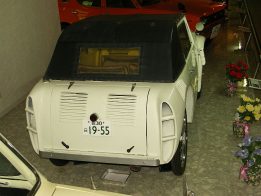 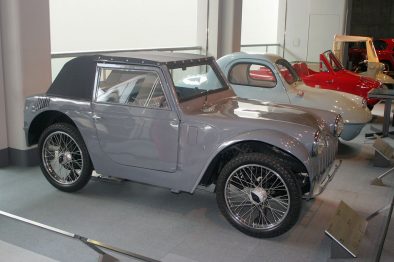 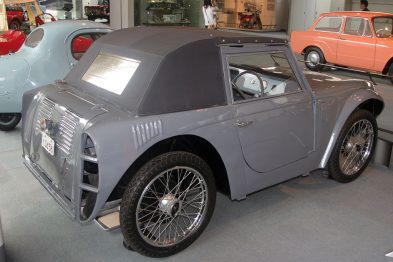 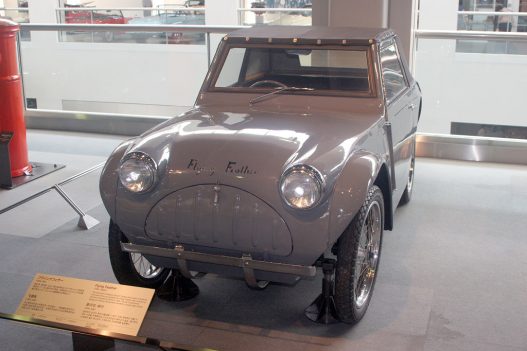 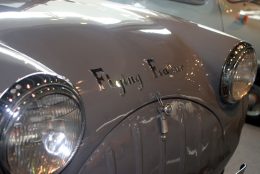 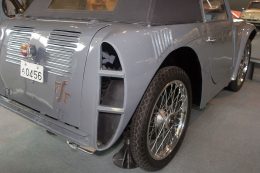 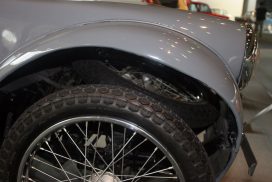 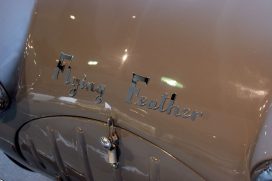 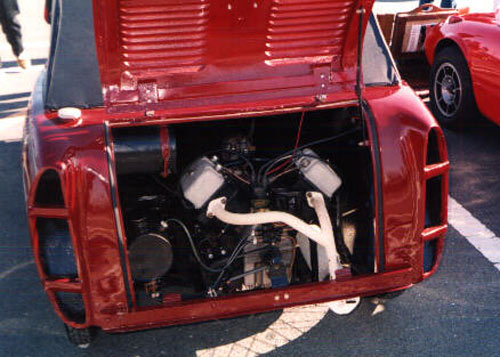