In the 1960s, buggy madness spilled over to Europe. This story is about János Kesjár Jr., a well-known Hungarian racing driver, who discovered such an early buggy in West Germany. After returning to Hungary, he decided to develop his own “fun car”.

Life behind the Iron Curtain meant a number of obvious challenges: the Volkswagen Beetle was a valued commodity, a commodity that was not so easy to buy and to built a plastic buggy body for it.

So János decided to use the ubiquitous Trabant as a donor. As for plastic, he was lucky: at the Budapest International Fair in 1971, the Villanyipari Kutatóintézet (Research Institute for the Electrical Industry) showed an interesting-looking electrical prototype.

The Tiny 70 surprisingly looked like a buggy. János spoke to the designer József Cserny and a deal was reached. Between 1970 and 1973 three Trabant buggies were built: with an extended wheelbase, improved chassis and new seats. The Trabant wheels were replaced by Ford Escort wheels.

Not much is known about the fate of these three cars. A few years later a photo appeared in Autó-Motor – at that time the only Hungarian car magazine – which showed a buggy with a hardtop. 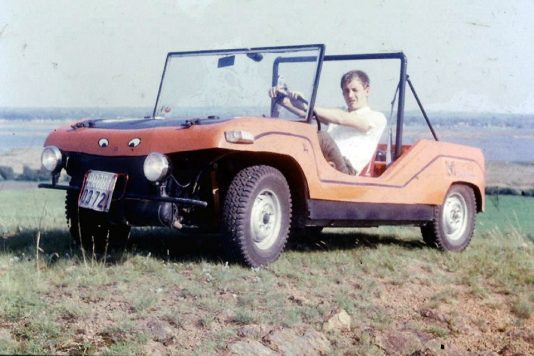 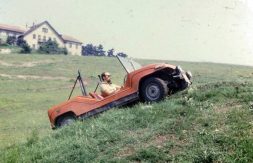 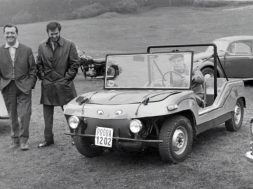 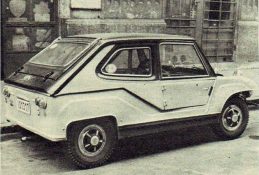 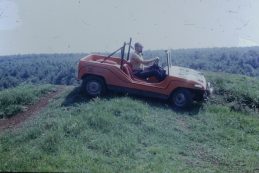 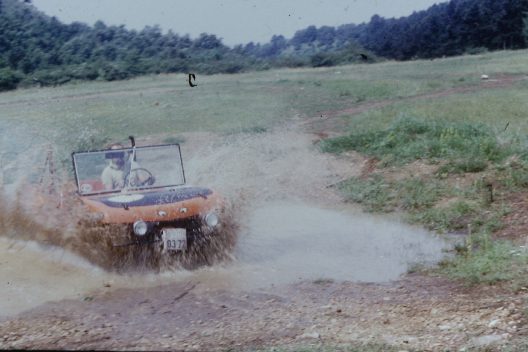 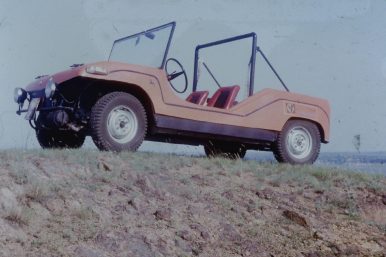 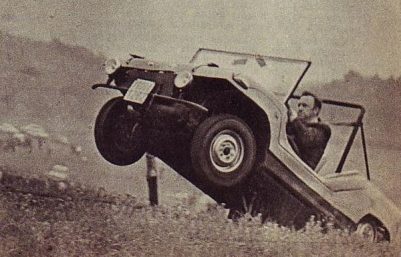 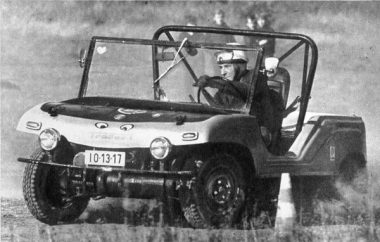 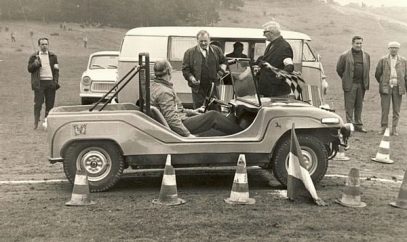 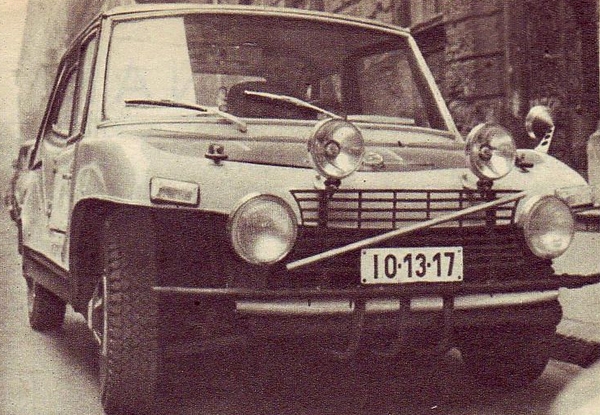