After the ending of the Second World War Italy was in terrible economic situation. But the Italians need cars, and at least with minimal comfort. And as part of meeting the demand the Bimbo microcar mady by Officine meccaniche Volugrafo was presented in 1946. It was designed by the engineer Claudio Belmondo.

A small car equipped with a four-stroke single-cylinder air-cooled engine located in the rear. It has a volume of 125 cc and capacity of about 5 hp. Bimbo had no doors and no reverse — if necessary, it was supposed to push the car back by hand, since the two-meter car weighed only 120 kilograms.

The design was very easy – even the starter was a pedal (like the Ford Model A), while the gearshift lever was installed on the left, to simplify the design.

Formally, the Volugrafo Bimbo was considered a single-seater, but the steering wheel and pedals were slightly shifted to the left, so two not very fat people could fit in it. The car had a chain drive to a single wheel. By the way, there were no shock absorbers either. Leaf springs are used instead of them, which make it possible tp ride over bumps at least a little more comfortable at affordable speeds.

Volugrafo Bimbo were produced for a short time. Europe was recovering quickly and the not very comfortable and convenient Bimbos quickly left the scene. But there are still a lot of them among collectors. 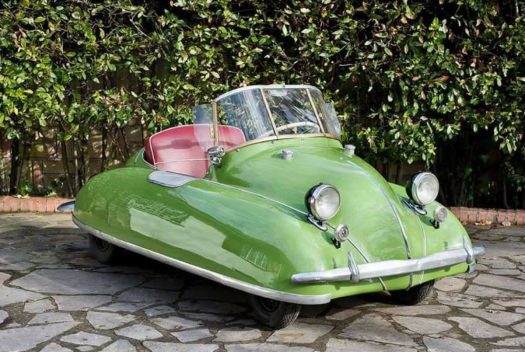 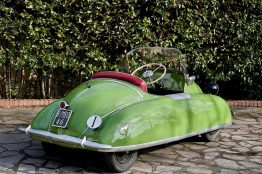 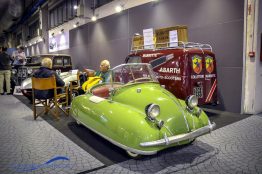 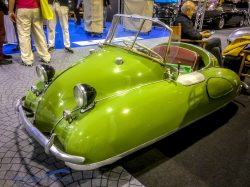 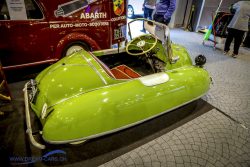 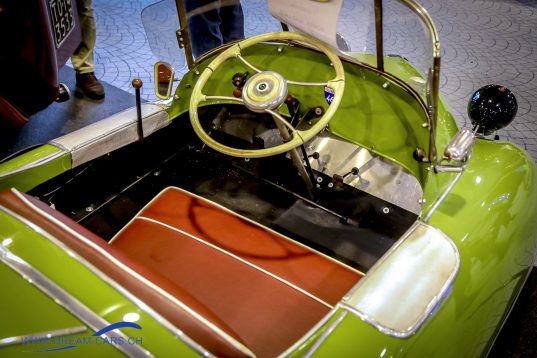 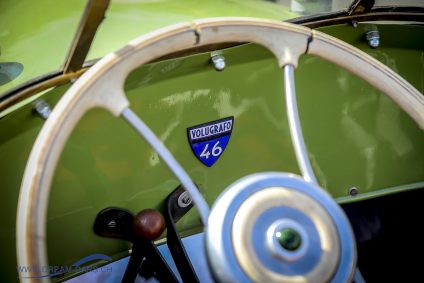 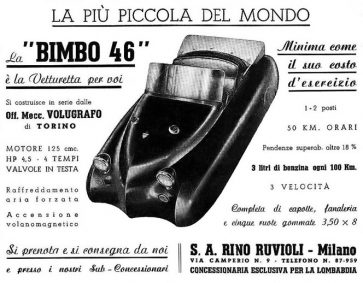 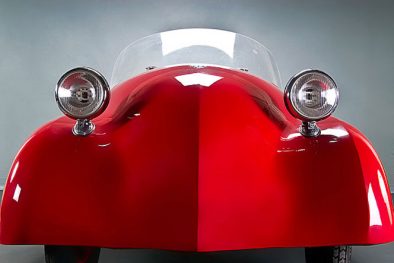 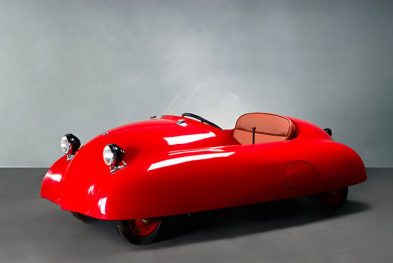 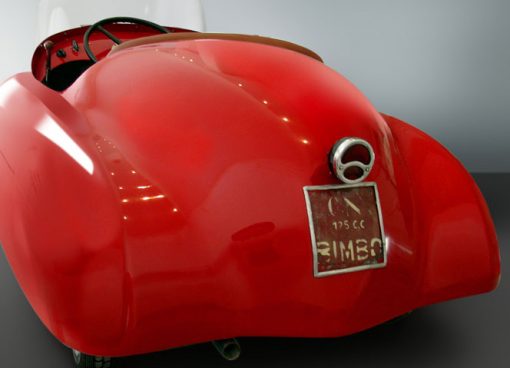 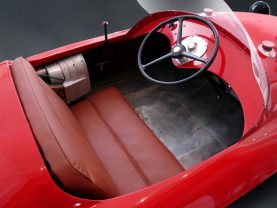 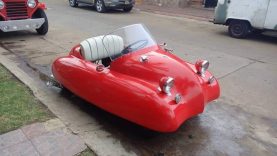 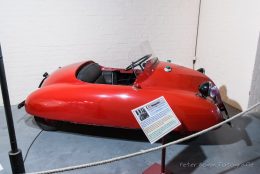 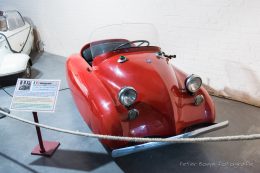 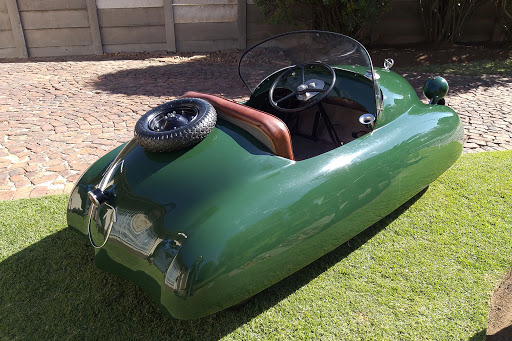