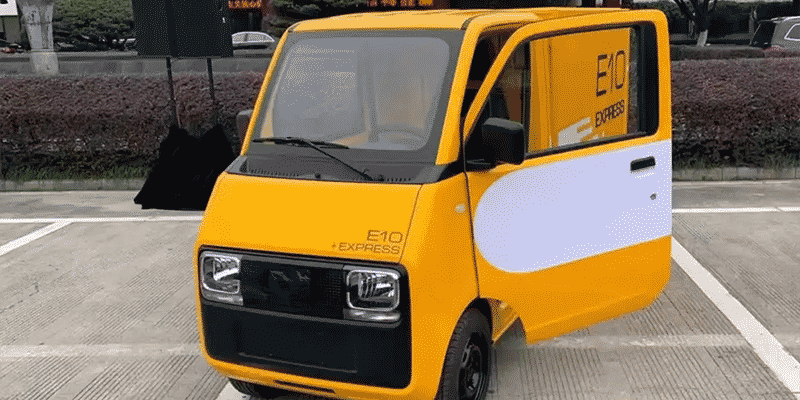 In China decided to come up with an alternative to the three-wheeled EV trucks popular in the country, presenting a rather stylish and unusual Wuling E10.

China’s last mile delivery industry is huge: food and parcels are delivered at an affordable price, which is often used by locals. Typically, companies use electric three-wheeled EV trucks for distribution, but this is likely to be a big change.

The E10 has only one seat, which gives it a cartoonish look: the car is narrow but tall. A single wiper blade rises above the square headlights. Behind the cab is a relatively long van body, perfect for the small parcels. However, there may be problems with long goods, since the only door on the side leads into the body.

There are almost no comfort in the cabin. The air vents and USB port should keep the driver warm and able to stay connected. And then there are real doors that will save the driver from bad weather. Despite the fact that this is practically nothing by modern standards, there is much more comfort inside than in ordinary three-wheeled electric trucks.

Despite the fact that the Wuling E10 is rather primitive, there is something about it. It is definitely much more beautiful than all the existing Chinese three-wheeled trucks. Unfortunately, there is no technical data or pricing information yet. 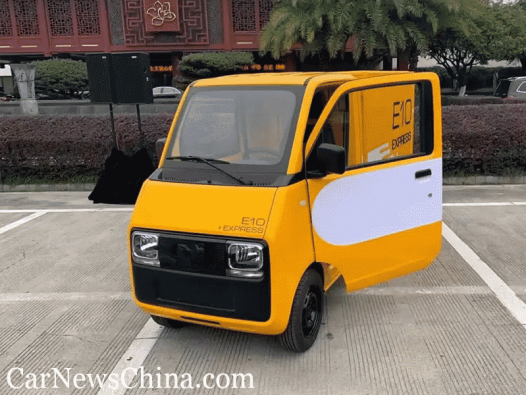 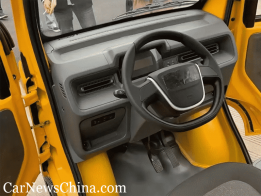 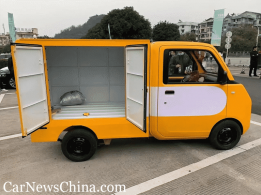