Bond 875 was a successor of Bond Minicars and produced since 1966 to 1970. It was partly developed by Lawrence Bond and manufactured by Bond Cars Ltd in Preston, United Kingdom. The car was announced in August 1965. Production started only the year later, in the summer 1966.

The new 3-wheeler got 875 cc 4-cylinder 4-stroke 34 b.h.p. engine. The same was used in Commer Imp Van. This was rear-mounted, unlike in most other British three-wheelers of the era. The water-cooled engine behind the transaxle drove the rear wheels. It also was fitted with a 4-speed and reverse gearbox, and independen suspension on all wheels. Bond 875 weighed less than 400 kg (82 lb), thanks to fibreglass body with aluminium doors. Tires were 12″ x 5½”. Top speed: 80 mph (129 km/h). The standard Imp instrument binnacle was mounted directly onto the glass fibre dash. The Bond 875 Mark II was introduced in 1968.

Production versions didn’t have front bumpers. A bonnet and engine cover were made of glass fibre. Non-opening rear side windows in Perspex were used. Steering problems had also been overcome with the introduction of the fully floating front brake back plate. Price £410 plus £86 19s 7d purchase tax making a total of £496 19s 7d. (£496.98p). 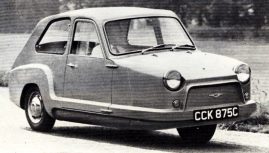 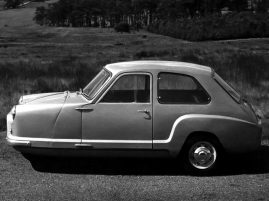 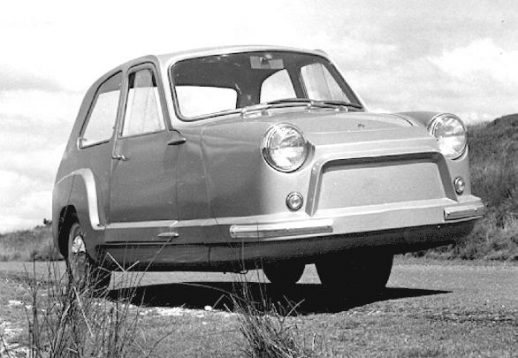 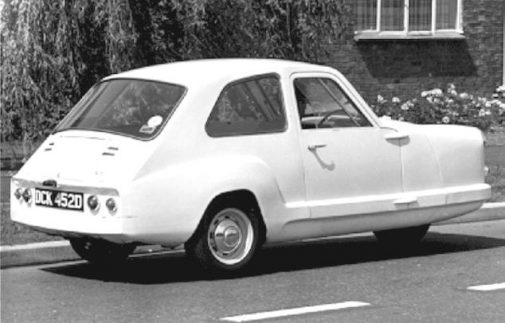 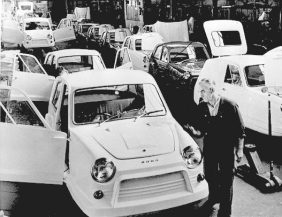 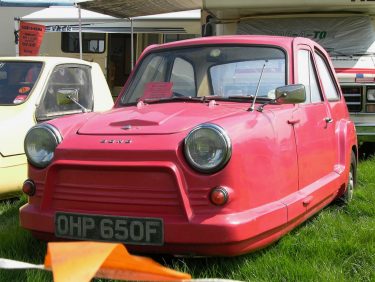 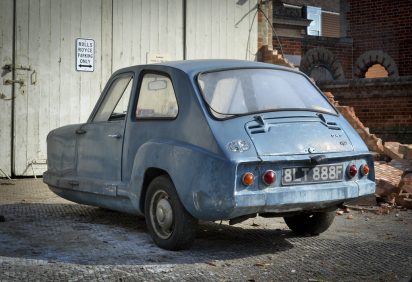 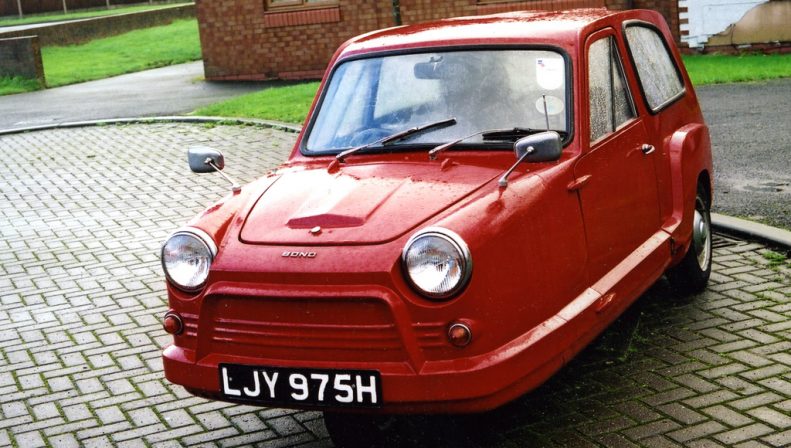 April 1967, the commercial version Bond 875 Ranger was introduced. It based the Saloon version and had a lift up tailgate, no rear side windows and single drivers seat in the front. Its iternal capacity is 40 cu. ft. A single wing mirror was fitted – by law – to the right hand front wing. The spare wheel, heater/demister and the passenger’s seat could be ordered as an option. Price (with no purchase tax payable on commercial vehicles) was £417 10s 0d (£417.50p) in primer or for another £10 the body could be painted! 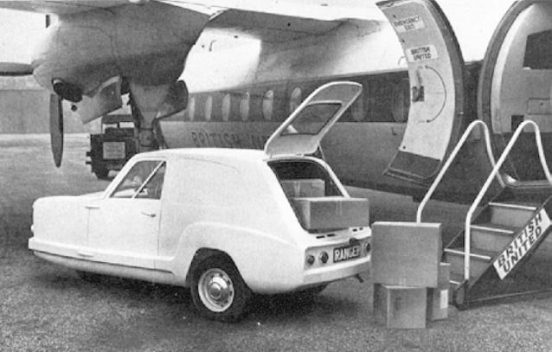 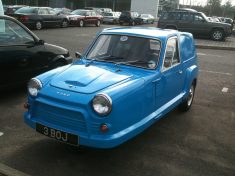 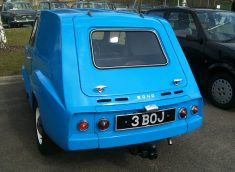 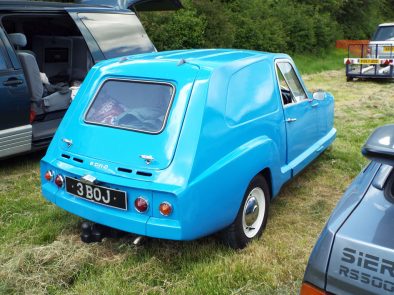 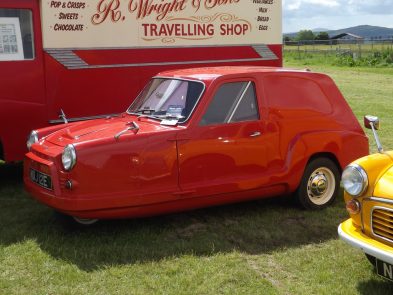 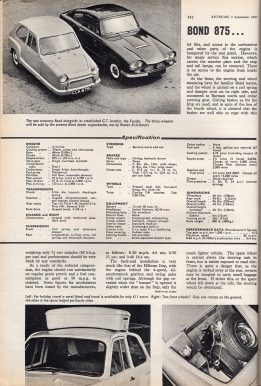 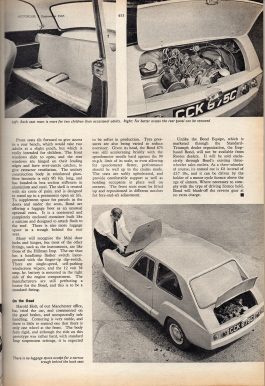 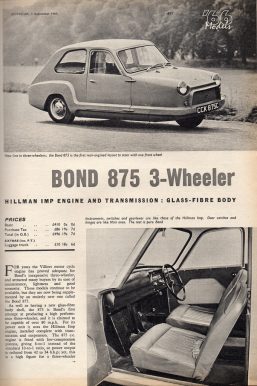