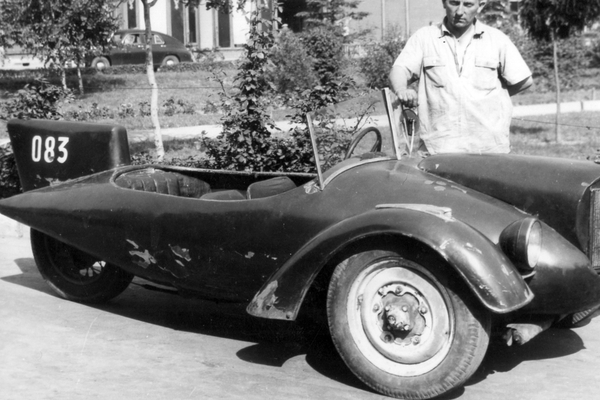 This interesting 3-wheeler was built by Ferenc Grósz, a car mechanic from Veszprém, Hungary, in the late 1940s.

According to his son, András Grósz:

“My father’s car repair shop was at 38 Szilvádi Street, where he built the miniature car. My old father was more into engine assembly, but he owned a Volkswagen car after World War II. He said that they had been pushed it back from Almádi to the County Hill, because so much wine had been loaded into them that the old vehicle did not want to go up”.

This three-wheeled vehicle, used for some years, was probably made using parts from the Volkswagen Kübelwagen.