Soviet times were free for inquisitive minds. This interesting microcar was made by Alexander Dlotovsky, the president of the Belarusian Club of Designers. He decided to make Jawa 250 motorcycle more comfortable, using a hardtop body.

The motorcycle itself remained almost untouched. The only difference is the gas tank which replaces the seat.  There is a passenger compartment with a plywood roof is located instead of the sidecar. The driver and passenger are not sitting side by side, but one after another.

There are two headlights in front, two taillights in the back and two windshield wipers. The motorcycle handlebars are located in front of the driver. The dashboard has a speedometer, fuel gauge, ammeter and even a mechanical watch. You can get inside through the door on the right.

Another equipment includes a cigarette lighter with an ashtray, ventilation system with a fan, an audio cassette player with a radio receiver and an antenna . Electrical equipment from 6 volt turned to 12 volt. But there is no electric starter, you should use a standard kick-starter.

This microcar for a long period was owned by a resident of Minsk Marat Grinkevich. He bought it in the late 1950s at the Exhibition of Economic Achievements in Moscow and until 2002 regularly maintained it in working condition. 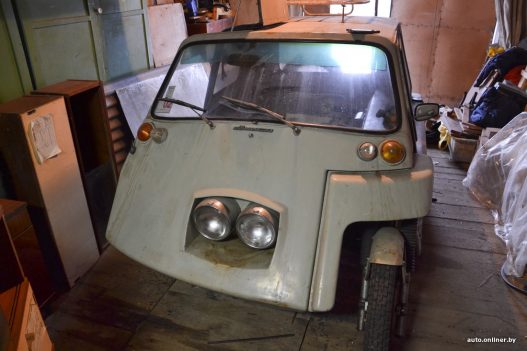 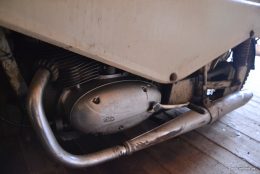 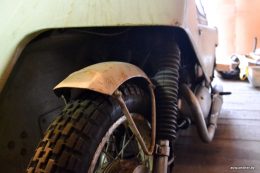 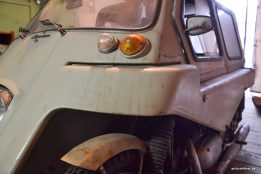 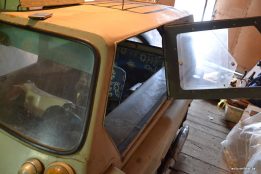 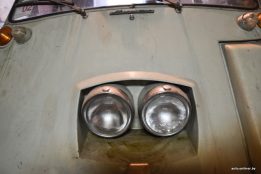 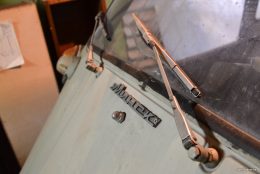 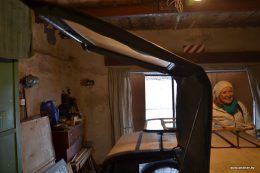 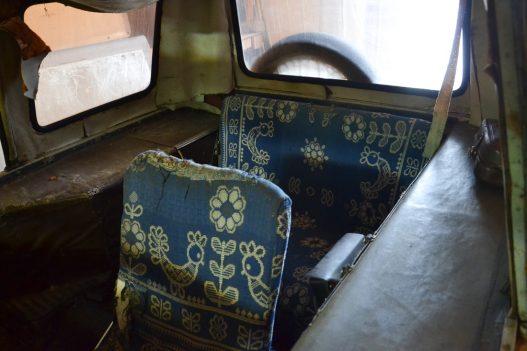 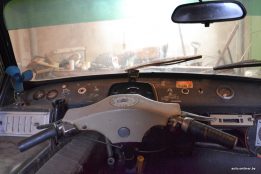 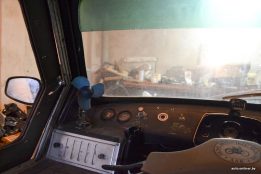 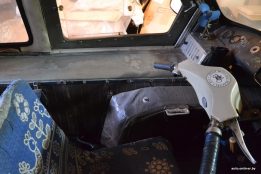 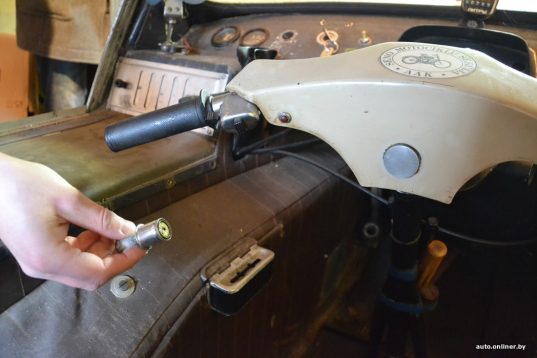 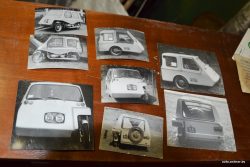 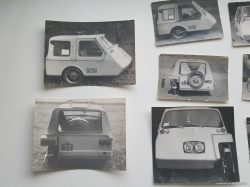 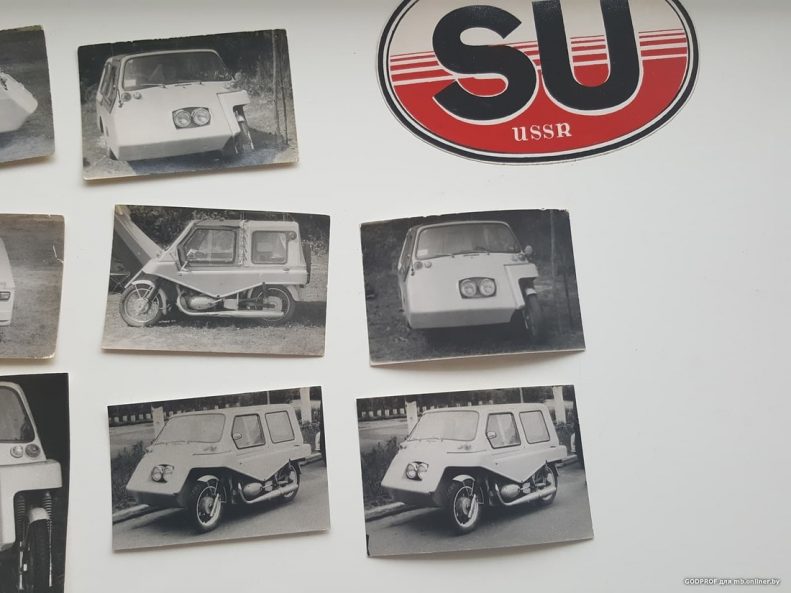