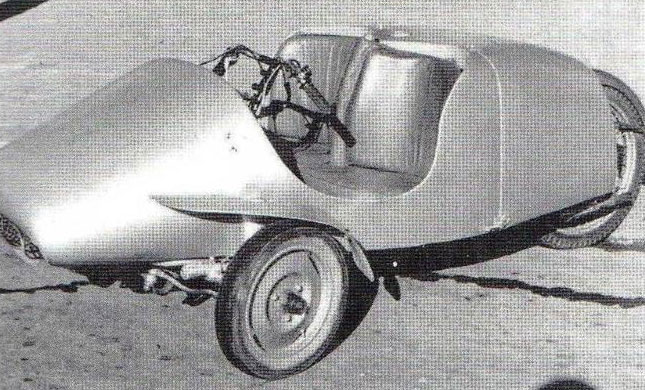 Vicente Badia, a Barcelona motorcycle racer who among other things, at the end of the 40s and in the early 1950s, used a Soriano motorcycle modified with 19-inch wheels and other improvements.

Closer to the world of the automobile, Vicente Badia built a tricycle with Montesa mechanics in 1961. He joined the rear part of the motorcycle (including the driving wheel) to an original two-seater body on a frame that supported the front end.

As in the old fashioned way, the position of the passenger was a little behind the driver’s seat to not to interfere the driver, which used a motorcycle handlebar to control 3-wheeler.