“My car is no weird car,” wrote Jeff Gibson. “It is, by all standards, a normal car, except for one thing: it is the smallest street legal car according to the 1993 GUINNESS BOOK OF WORLD RECORDS.”

The size of an automobile has no relationship to the time that it takes to build it. The 88-3/4-inch long Arbet owned by Jeff Gibson proves this. It was constructed by a machinist named Arliss who started the project in 1945 and did not complete the job until 1956.

Arliss hand-manufactured over 5,000 parts for the little vehicle, which has just about all of the features that a conventional vehicle boasts. There are windshield wipers and washers, multi-beam headlamps, a horn, a cigarette lighter and a heater.

The car, a hardtop-convertible, measures seven feet four inches from end-to-end. It has a 40-inch-wide body and stands 38-1/2 inches tall. Nevertheless, it is designed to carry two people and provide them with full weather protection and reliable transportation.

Arliss combined his name with that of his wife Beth to name the car. Over the years, he traveled more than 14,000 miles in it. During one of those trips, 14 years ago, he left it in a parking lot where Jeff Gibson spotted the vehicle.

“I thought it was a French car,” Gibson said. “A few days later, I saw it again and pulled in behind it to follow the guy home.” Several years ago, Gibson looked up Arliss once more. This time, he offered to buy the car. After taking possession, he started the process to get the vehicle entered in the GUINNESS BOOK OF WORLD RECORDS.

Gibson, a native of Lynden, Washington, enjoys entering the car in shows these days. He enjoys driving it and laughs about his experiences, especially the time that a lady saw the car in a parking lot and asked him not to leave until she got her husband to come and look at the Arbet. 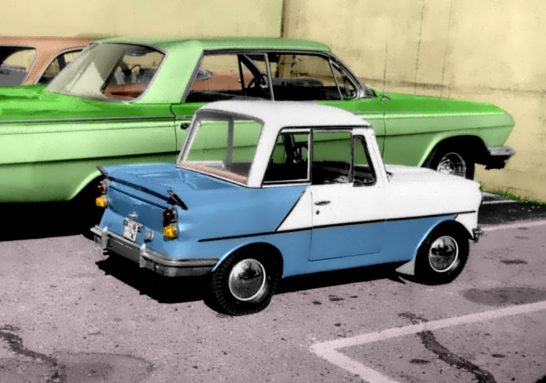 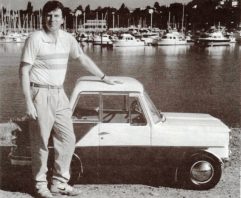 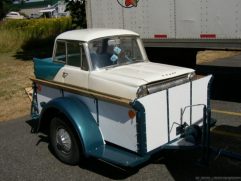 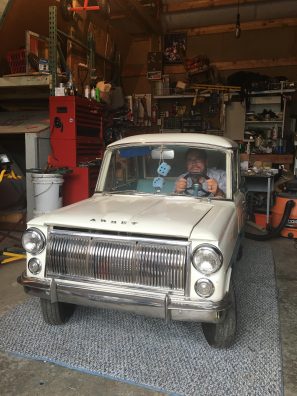 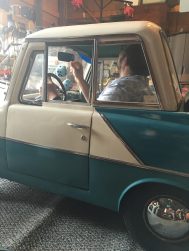 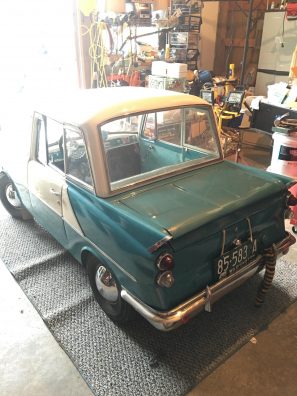 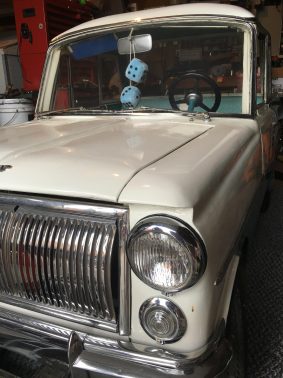 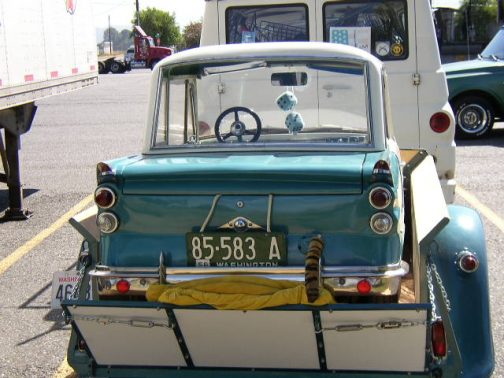 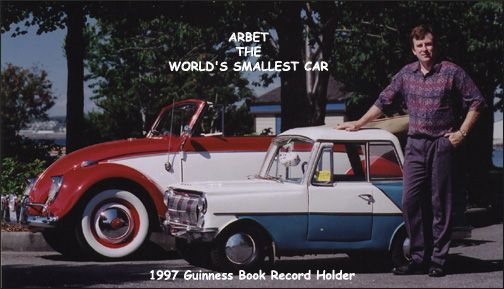